A new Alien novel called Alien: Inferno’s Fall from Titan Books is on its way next year. The news comes from a listing on Amazon with a release date of July 26, 2022. The novel is written by Philippa Ballantine with Clara Carija co-writing the story.

Clara Carija might be quite familiar in the community as she previously ran Studio Yutani and the Yutani Podcast. Philippa Ballantine is a New Zealand-born fantasy writer and author of the “Books of the Order,” “The Chronicles of Art” and the “Shifted World” series.

We’ve also got a blurb from Amazon about what the story entails and temporary cover art. Alien: Inferno’s Fall will take place at a mining planet where the black liquid from a Engineer ship transforms organisms below into Xenomorphs. A rescue team, led by marine Zula Hendrix, is sent to help the colonists.

The character of Zula Hendrix might be familiar to fans. She previously appeared in the 2019 novels: Alien: Isolation and Alien: Prototype as well as the comic books series’ Aliens: Defiance, Aliens: Resistance and Aliens: Rescue.

A gargantuan, horseshoe-shaped ship appears over the mining planet Shānmén, unleashing a black rain of death that creates Xenomorph-like monsters worse than the darkest of nightmares.

As war breaks out among the colonies, a huge ship appears over the UPP mining planet Shānmén, unleashing a black rain of death that yields hideous transformations. Rescue is too far away, and the colonists’ only hope appears in the form of the vessel Righteous Fury. It carries the Jackals—an elite mix of former Colonial Marines and Royal Marines. Led by Zula Hendrix, the Jackals seek to rescue the few survivors from the depths of the planet, but have they arrived time? 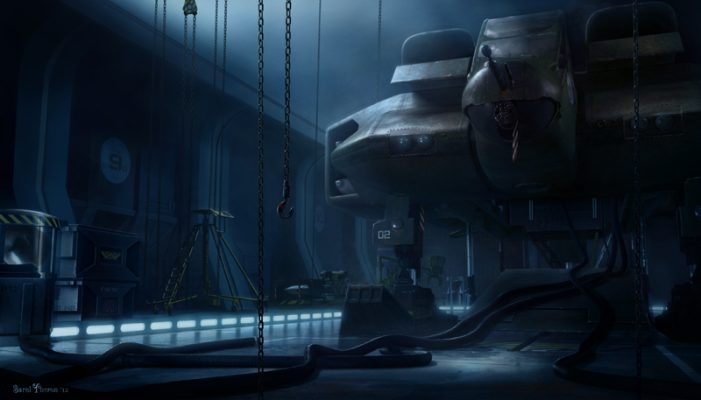 Thanks to felix for the tip. Keep your browsers locked on Alien vs. Predator Galaxy for the latest Alien and Predator news! You can follow us on Facebook, Twitter, Instagram and YouTube to get the latest on your social media walls. You can also join in with fellow Alien and Predator fans on our forums!