It’s no secret that Adam Savage is a huge fan of the Alien franchise. He’s costumed up in a replica Kane spacesuit, his own Colonial Marine armor and he’s did several videos visiting the sets of Alien: Covenant. Last week Savage uploaded a new video to his YouTube channel where he got the chance to get hands-on with one of Aliens’ original handwelder props!

Among Aliens universe propbuilders and cosplayers, first-hand references to original props used by James Cameron and his production team give a coveted glimpse into the materials, source components, and all-important paint colors that inform their replicas. Adam gets to examine one of the USCM welding torches used for the film, a rare hand prop that confirms some of his own Aliens prop research. It’s another archeological deep dive into the classic movie prop history!

The video was uploaded ahead of PropStore’s Entertainment Memorabilia Live Auction that took place between the 9th and 11th of November, where this prop was available and sold for £8000! Hudson’s knife and sheath was also up for auction and sold for a whopping £27,500! 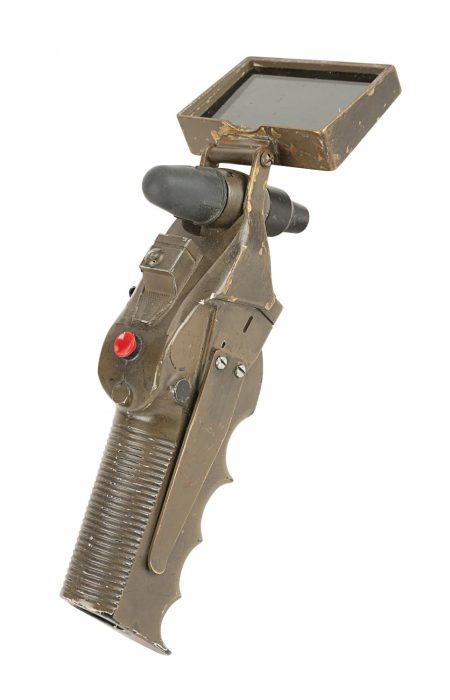 You can head on over to PropStore’s website and check out some of the other Alien items that went up for auction.