Though we’ve only had the first volume actually release so far, with Volume 2 delayed until the 11th of January, the fourth and final volume of Aliens: The Original Years Omnibus has just been announced via Near Mint Condition! With the included titles below, Marvel’s Aliens: The Original Years Omnibuses have now caught up with the Aliens only comic series prior to their own on-going series. 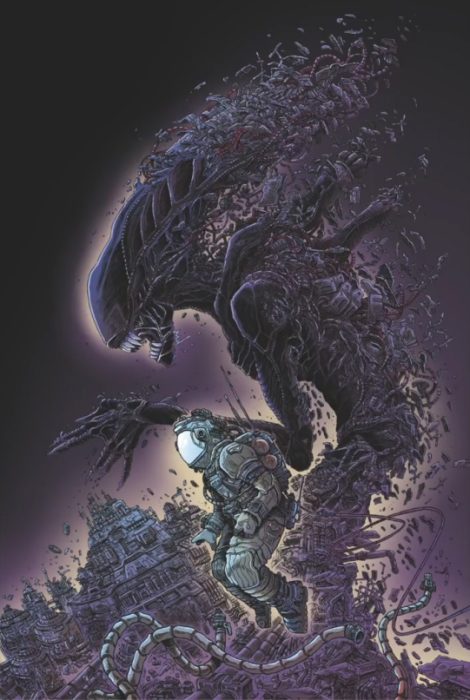 Free Comic Book Day 2016: Aliens is the short Aliens: Defiance tie-in that was previously collected in Aliens: Defiance Vol #1. The Materials from Dark Horse Presents are what has previously been collected as Aliens: Inhuman Condition. This volume marks the first time that Inhuman Condition, and the other short novella Fast Track to Heaven, have been republished. The same goes for the one-shot Aliens: Colonial Marines – No Man Left Behind and Alien: Isolation tie-in comics.

Unlike the previous three volumes, the covers for Aliens: The Original Years Omnibus Volume 4 are all reused from previous titles. The standard edition cover for Volume 4 is James Stokoe’s cover art for Alien: Dead Orbit. The Direct Market cover is Carlos D’Anda’s variant cover for issue #2 of Aliens: Dust to Dust. 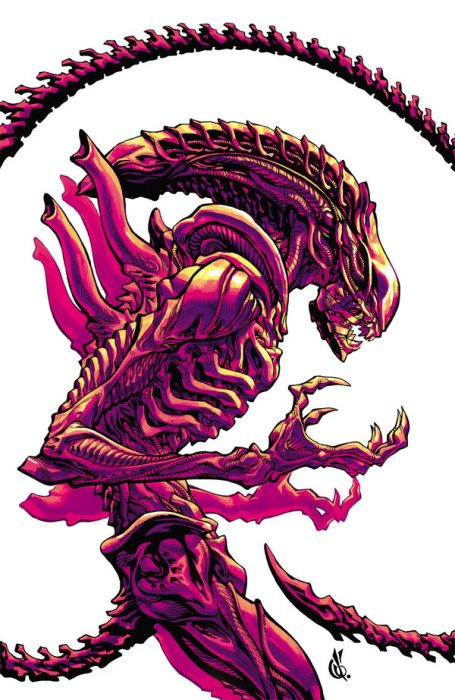 Aliens: The Original Years Omnibus Volume 4 is slated for release summer 2022. Thanks to Russ840 for the heads up. You can watch the original announcement video below.