With both The Last Duel and House of Gucci due out in the next few months, the Independent recently sat down with Sir Ridley Scott to talk about a multitude of different topics including his upcoming films, what’s on the horizon for him, streaming and naturally, Alien.

They don’t talk about Alien too much, but Ridley did comment on the box office decline of Alien: Covenant compared to Prometheus, again attributing it to his belief that the Alien is “cooked.”

He refuses point blank to tell me anything about Gladiator 2 – “No! No!” he cries– but he’s more vocal about the Alien franchise, which he resurrected with 2012’s origin story Prometheus. “I never showed an alien in it” – it still made $404 million at the box office – “and the studio … said, ‘See, it didn’t do so well!’ Really?” He returned with 2017’s Alien: Covenant, “put the aliens back in there”, and the film made much less: $240m worldwide. “When you’ve got a marvellous beast, it does wear out and you have to actually think again.”

More recently Ridley Scott’s involvement with any future Alien project has been less certain, especially following the Disney buy-out. Back in 2020 Ridley Scott did say he was continuing to work on a new prequel film. When Noah Hawley’s Alien series was first announced, it was reported that FX was in talks with Sir Ridley Scott to executive produce. 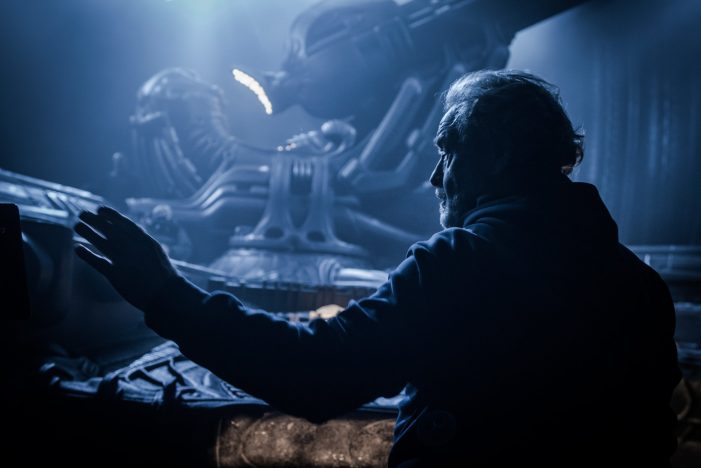 I imagine the below quote is a little tongue in cheek, but during the interview Scott did throw in a little dig about Hawley’s upcoming series.

The franchise is now being rebooted as a TV series by Noah Hawley (who successfully turned Fargo into a long-running show). Wherever they go, whatever they do, “It’ll never be as good as the first one,” he grins. “That’s what I’ll say.”

Alien vs. Predator Galaxy can confirm that those talks were completed, and despite his comments above Scott is onboard as executive producer for the show. Thanks to seattle24 and whos_nick for the news.