Illustrator William Stout revealed another early creature concept recently that he designed for the 1987 classic film “Predator” and unlike Stout’s previous creation said to be inspired by the work of H.R. Giger, this newly shared piece was inspired by a very unique source!

William Stout revealed in his The Worlds of William Stout blog yesterday that this latest design of an early Hunter/Predator was referenced directly from nature, a certain ray-finned fish with prominent barbels:

WILLIAM STOUT: “I drew another take on the Predator‘s design that was based upon a catfish skeleton.” 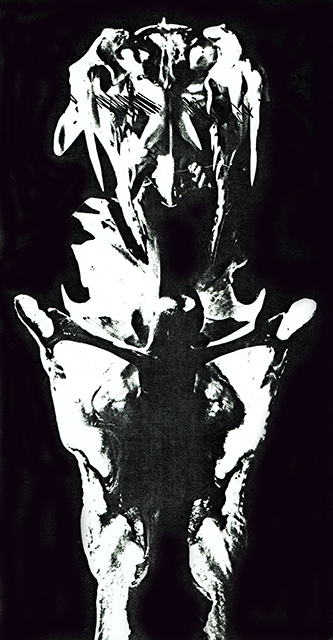 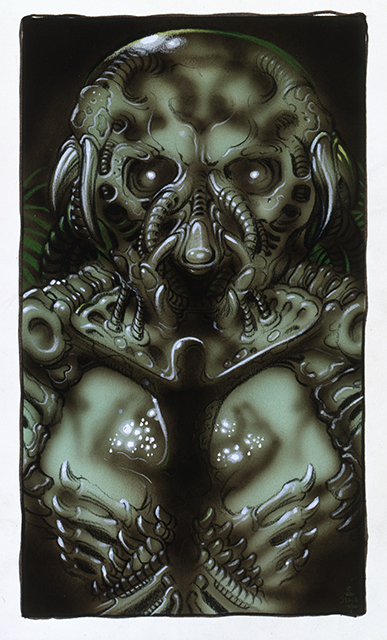 Like Stout’s previous creations, this Predator concept was ultimately never realized, but William Stout indicated that this particular creature design “was a hit with director John McTiernan.”

Be sure to let us know what you think of this early catfish skeleton inspired concept art for Predator and check out William Stout’s website for some really wonderful content from his career. And thanks again to community member Gilfryd for the ‘heads up’.

To stay current on all the latest Predator news, you can follow us on Facebook, Twitter, Instagram and YouTube to get the latest on your social media walls. Be sure to join in with fellow Alien and Predator fans on our forums as well!