William Stout is a world renowned fantasy and science fiction creator famous for decades of work as an illustrator, concept & storyboard artist, writer and production designer in comics, television and film. What might not be as well known is William Stout’s brief involvement and conception of the iconic intergalactic hunter known as the Predator.

It began early on in the film’s development when the project was still called “Hunter”, the original title of the Jim and John Thomas spec script. The artist extraordinaire revealed some interesting insight into this early work today in his blog The Worlds of William Stout, recalling when his friend and special make-up effects creator Rick Baker brought him in on a lunch meeting with production designer John Vallone and director John McTiernan to discuss the creature’s look:

William Stout: “During our meeting, McTiernan opened up a bookmarked page in a book on Alien designer H. R. Giger. “I would not be unhappy if the (Predator) creature looked like this,” he said, pointing to a specific Giger painting. I was stunned. Why not just hire Giger? To satisfy McTiernan, I did one Giger-esque creature design. I designed this so that the tail could extend or flip forward and attach to the head.” 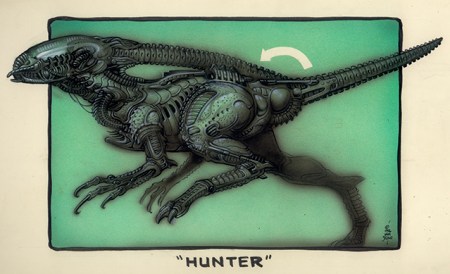 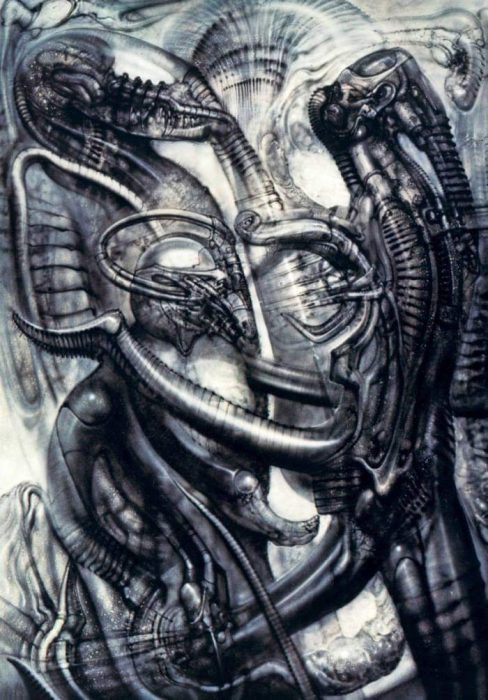 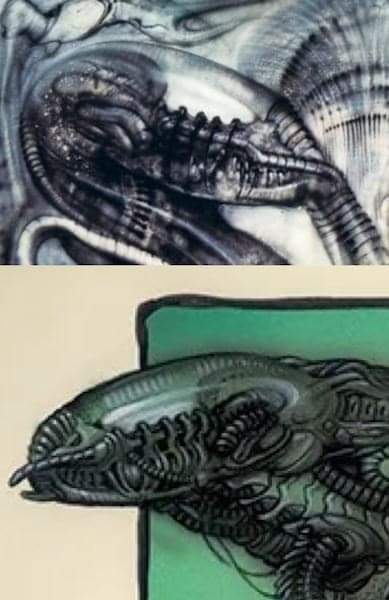 Now even though he complied with the director’s wishes, William Stout contends he tried to encourage director John McTiernan to move away from a Gigeresque design for the Hunter/Predator creature with some uniquely different takes of his own: 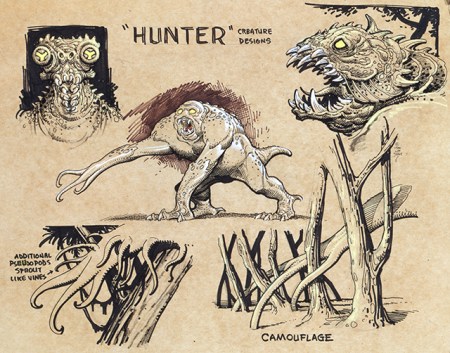 “I liked the innovative idea of mine of a triple-eyelid instead of a standard top-lid/bottom-lid eye.” 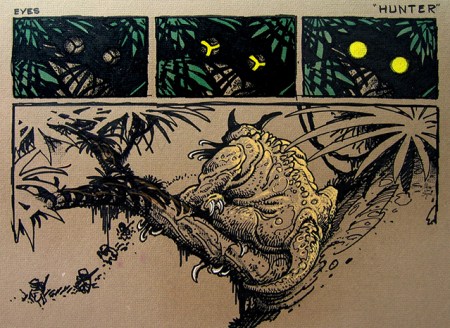 Ultimately, director John McTiernan never opted for these looks, a choice that eventually ended up with the iconic design we know and love today.

So what do you think of this early concept art for Predator? Be sure to let us know by commenting below and please check out William Stout’s website to learn more about his wonderful work in film and print. And thanks to community member Gilfryd for the tip!

To stay current on all the latest Predator news, you can follow us on Facebook, Twitter, Instagram and YouTube to get the latest on your social media walls. Be sure to join in with fellow Alien and Predator fans on our forums as well!