With his latest film Zone 414 now out in theatres and VoD, Guy Pearce has been doing the press rounds to promote. While talking with comicbookmovie.com the actor was asked about whether or not Peter Weyland might return in any potential sequel to Alien: Covenant!

“Well, I don’t know, to be honest. Again, I think with any of these…I wouldn’t have necessarily thought I’d get to do Covenant either! Who knows. I’m not in regular contact with Ridley, but we do have semi-regular contact occasionally. I’m sure if there is something, he would certainly let me know. He was very generous to even put me in the films in the first place, and we’ve always talked about how pleased he was with what we came up with.

I’m sure if there was the opportunity there, he’d go for it. There may come a point where I’m actually old enough to play Peter Weyland as the version as I am in real life as opposed to this 100-year-old, five-hour prosthetic makeup version of him. Obviously, when we did Covenant, I played the younger version of him, but of course, I would. It’d be a real honour because we know Alien from back in 1979 has left an incredible and indelible mark on people’s psyches as far as the sci-fi world. I mean, what a film. Just to be plugged into that to the degree I have has been a real honour. It was a really amazing experience.” 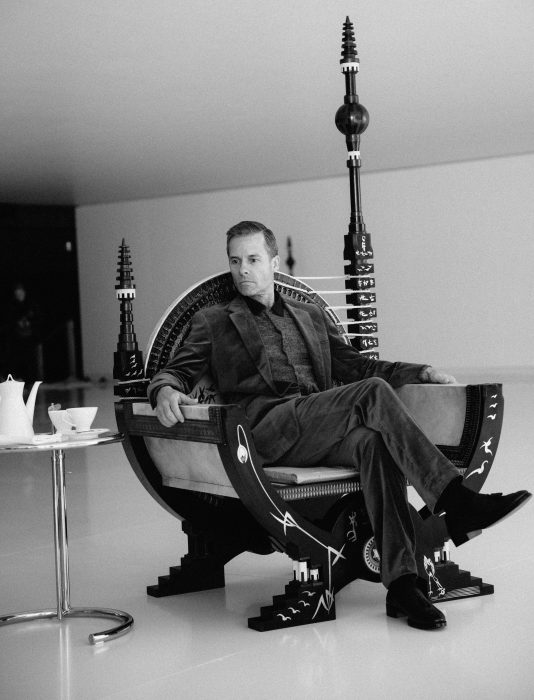 While we know that Noah Hawley is hard at work on a new Alien series for FX, with Sir Ridley Scott reported as being potentially involved as Executive Producer, it’s been a long while since Scott last spoke about any potential new Alien film from himself. In September 2020 Scott did confirm that he was still working on a new film, saying “that’s in process.”

Thanks to everyone who wrote in about this news! Keep a close eye on Alien vs. Predator Galaxy for the latest on all things Alien! You can follow us on Facebook, Twitter, Instagram and YouTube to get the latest on your social media walls. You can also join in with fellow Alien fans on our forums!