Pre-orders are up for the Mezco Toyz One:12 Collective series Alien figure, based on the ‘Big Chap’ design from the original film.

We’ve been waiting to hear about this figure for a little while, after it was initially announced at Toy Fair in early 2020.

Check out the full press release and image gallery below:

“In space, no one can hear you scream.”

The perfect organism, Alien joins the One:12 Collective!

The One:12 Collective Alien features an all-new seamless body designed with an internal skeleton armature that is durable yet highly posable. The hostile xenomorph is equipped with a hinged pharyngeal jaw and interchangeable inner mouths, as well as an interchangeable chest plate pierced by the ASSO-400 Harpoon Grappling Gun, as seen in the final scene of the movie.

Alien is fully loaded with film-accurate accessories including a coiled Facehugger that can fit over the heads of most other One:12 Collective figures, an open Facehugger, a Chestburster, and an open and closed Ovomorph egg.

The crew aboard the Nostromo are awakened from their cryo-sleep to investigate a distress call from an alien vessel. After the crew encounters a nest of eggs inside the alien ship, terror begins as they realize they are not alone.

THE ONE:12 COLLECTIVE ALIEN FIGURE FEATURES:

Each One:12 Collective Alien figure is packaged in a collector friendly box, designed with collectors in mind. 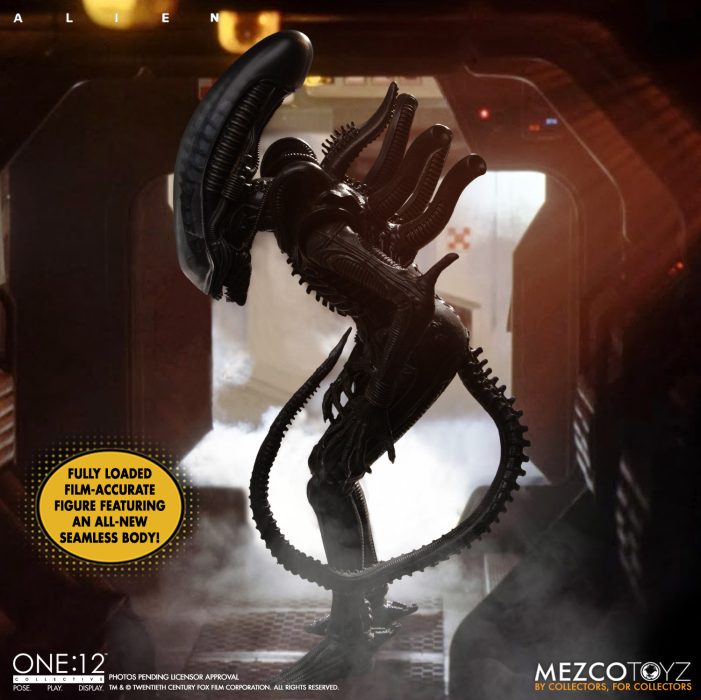 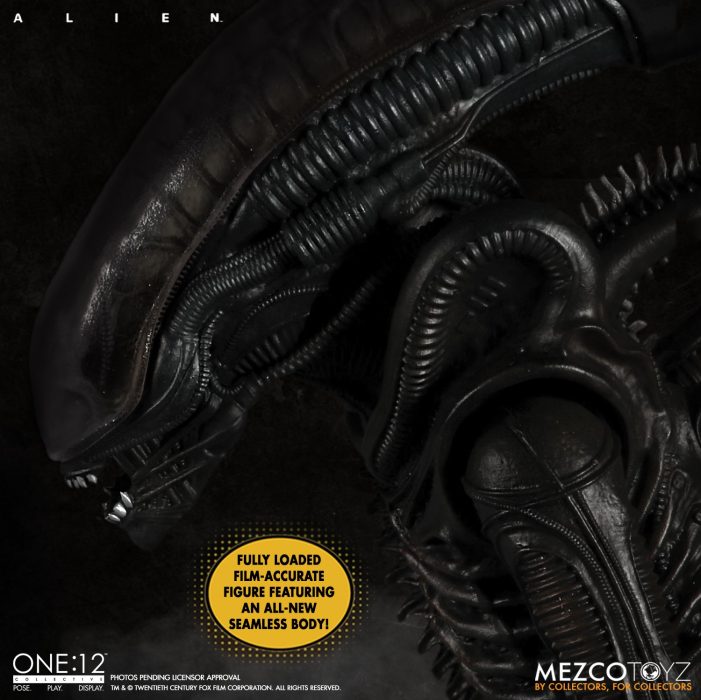 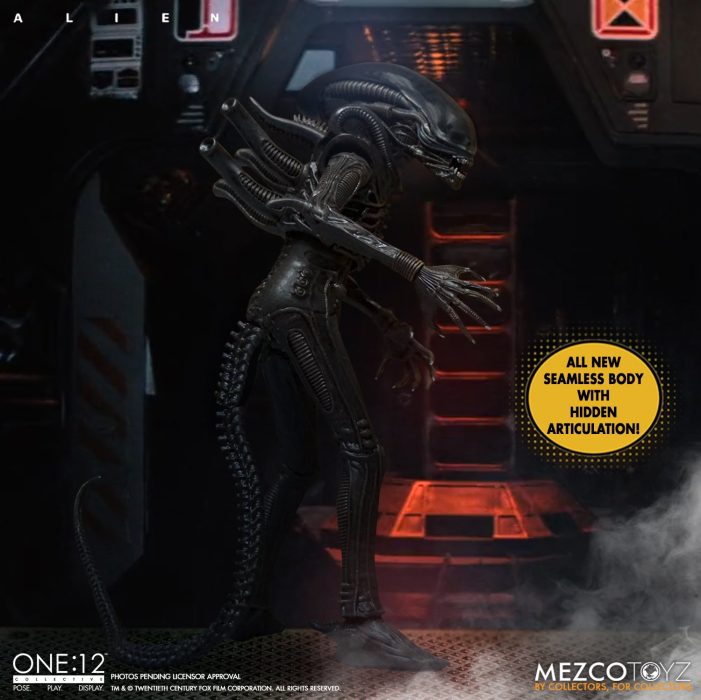 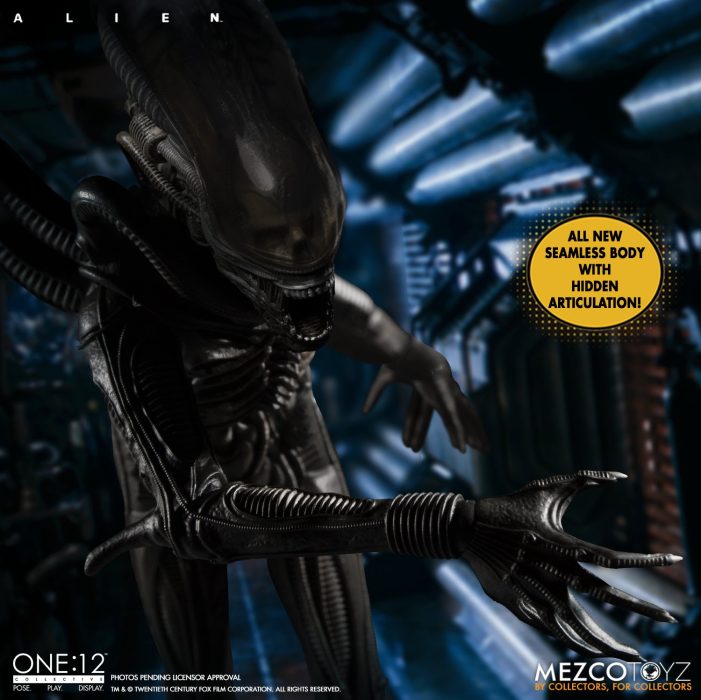 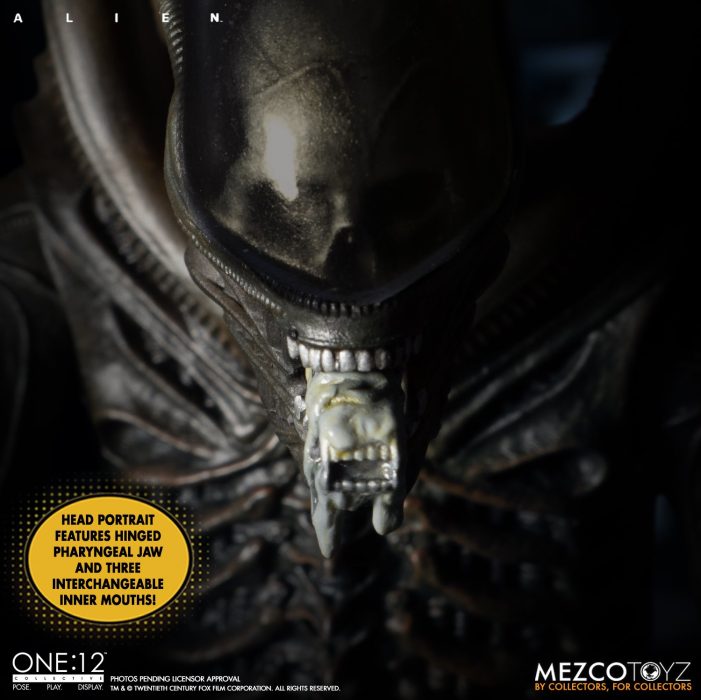 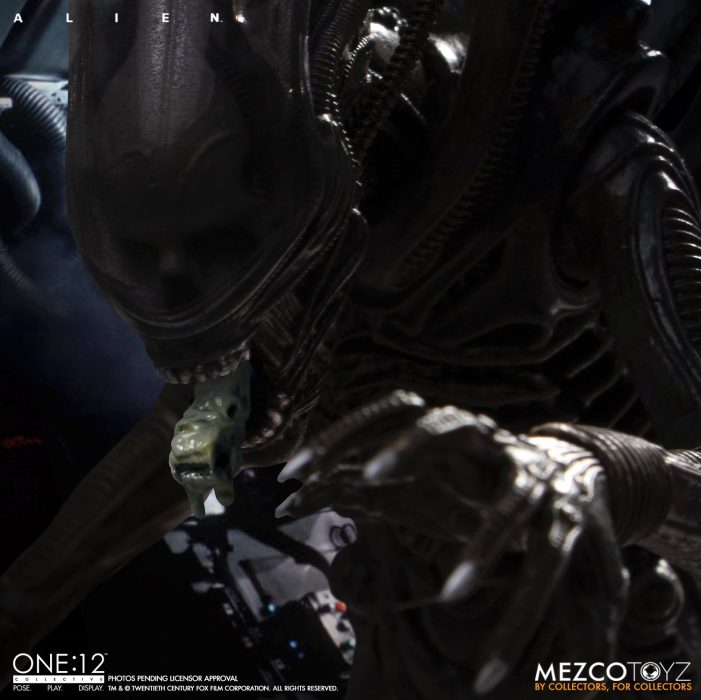 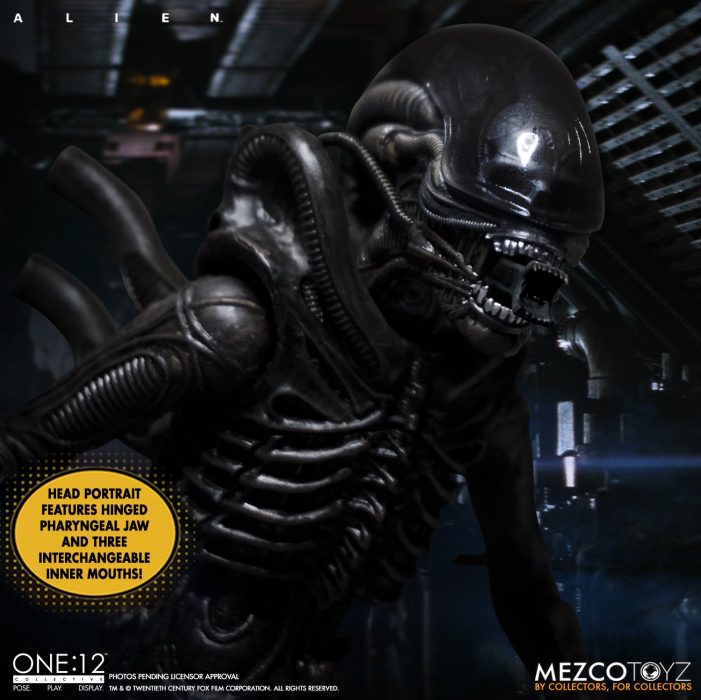 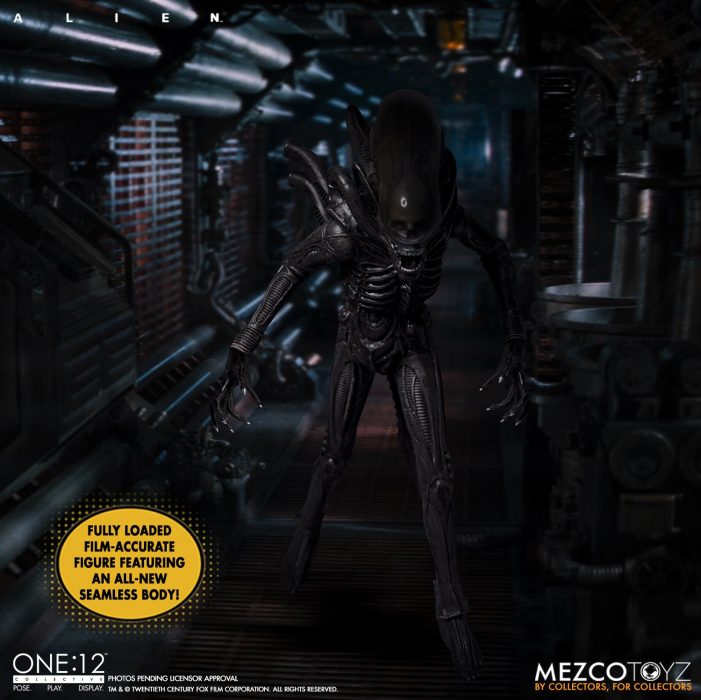 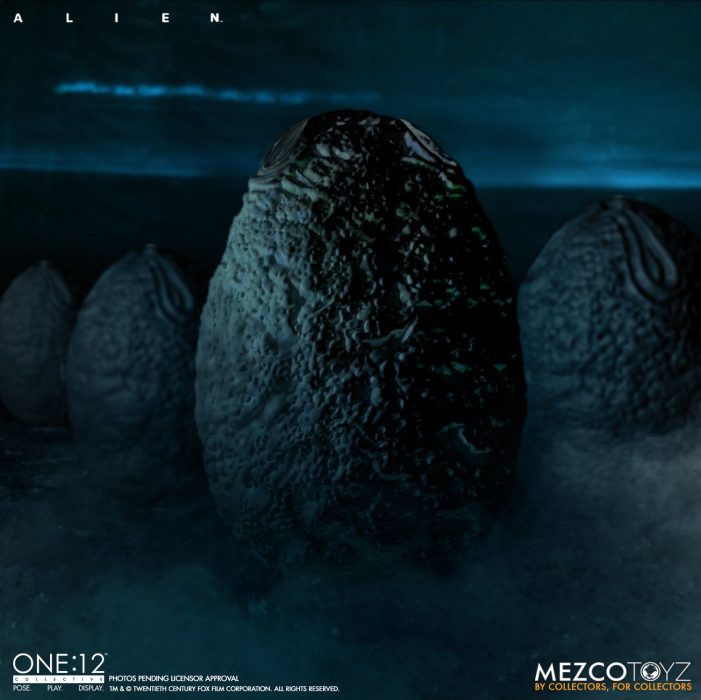 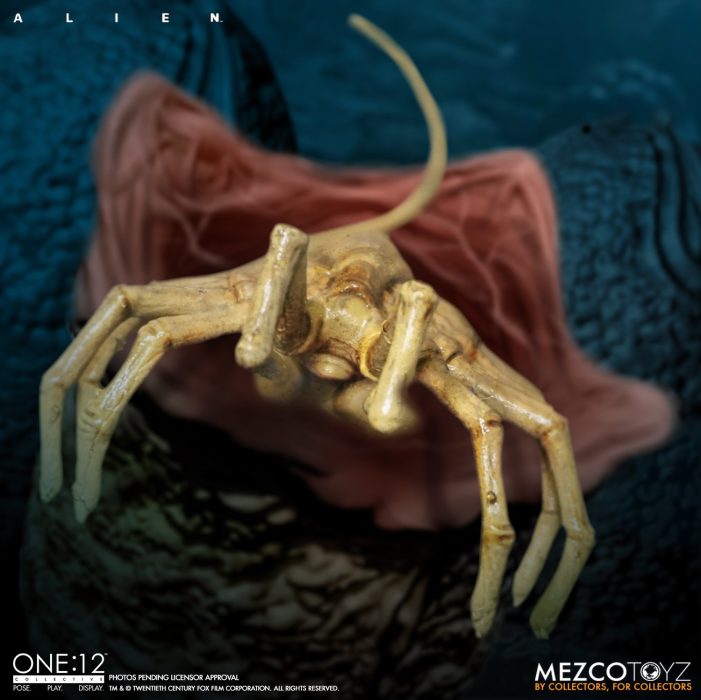 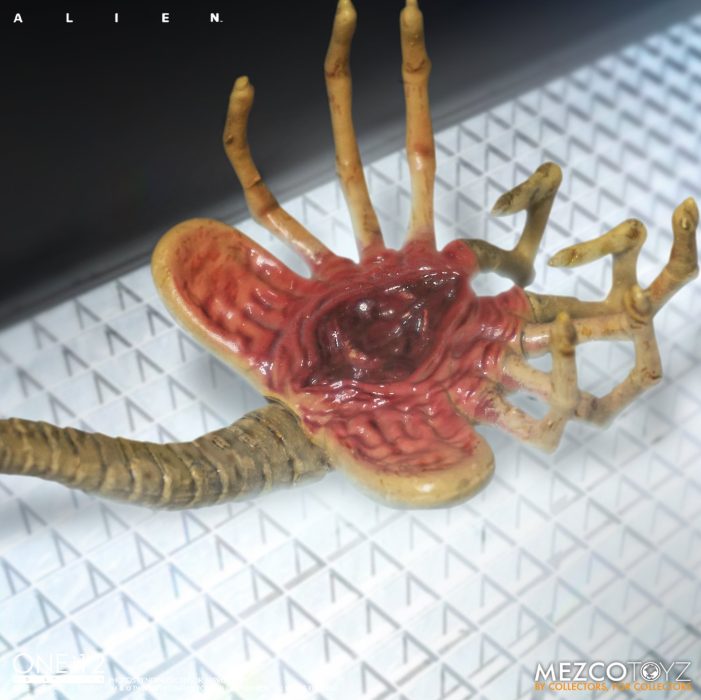 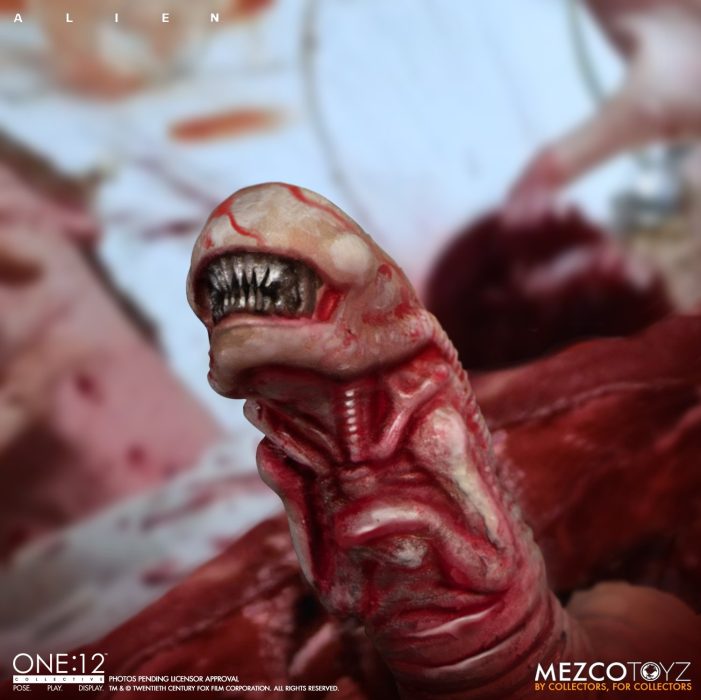 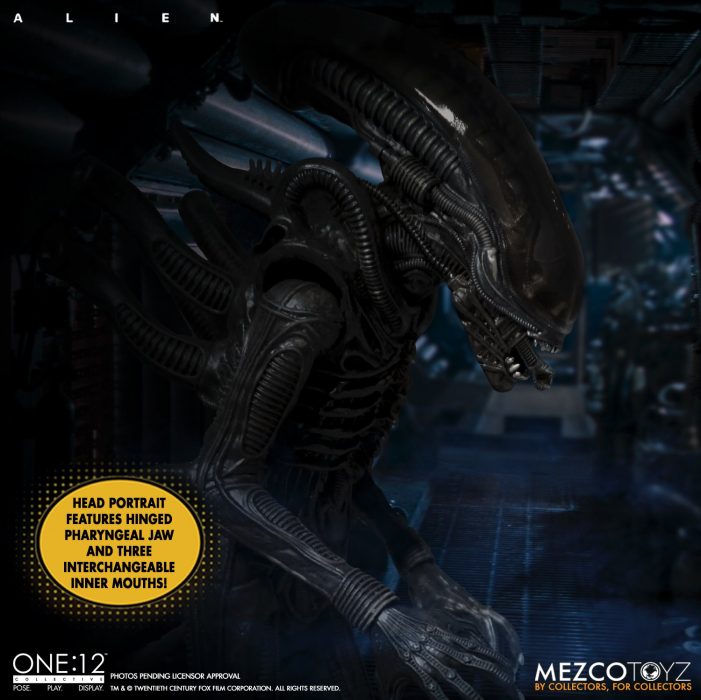 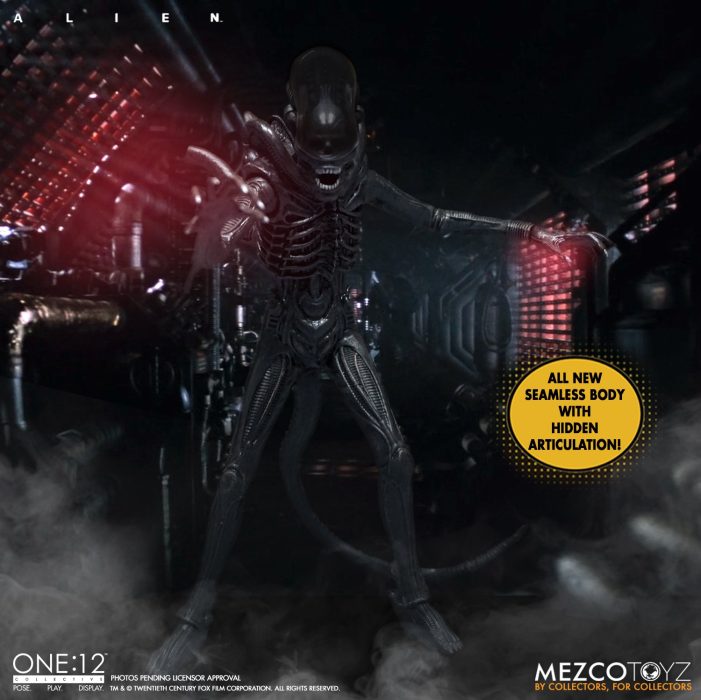 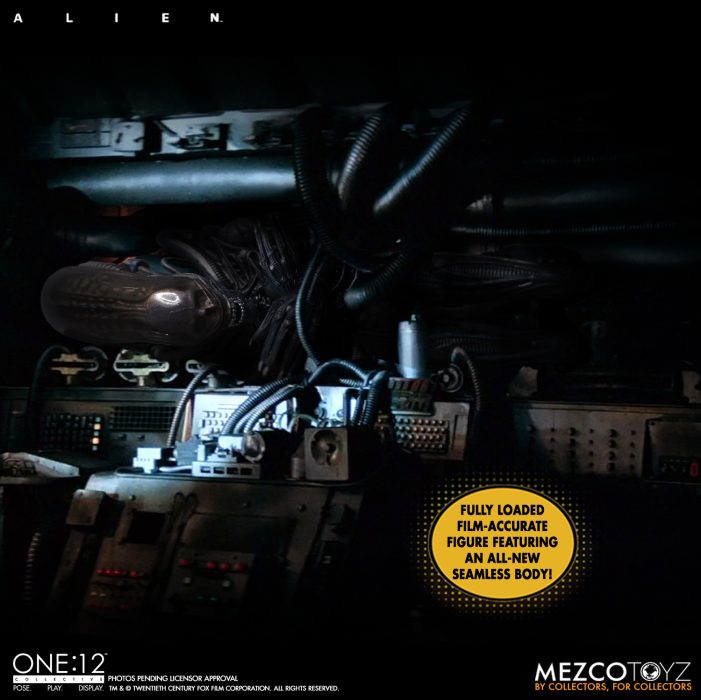 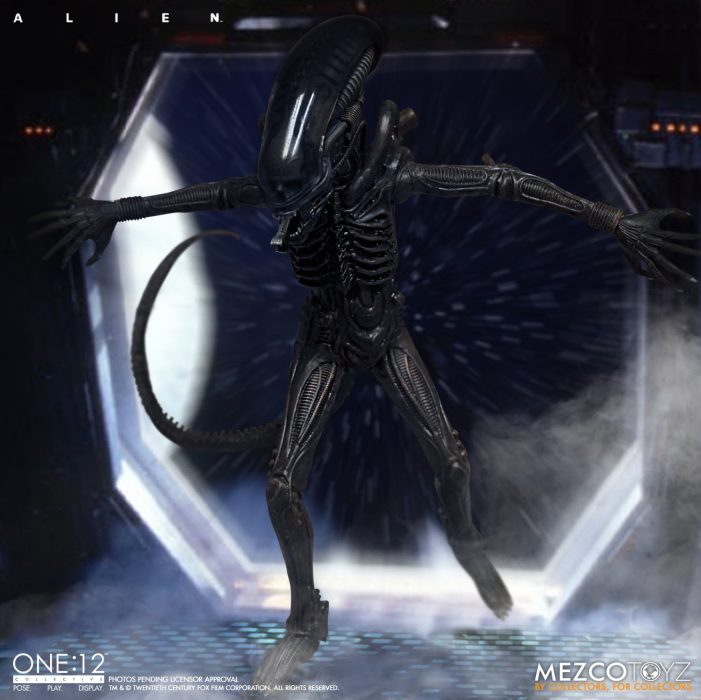 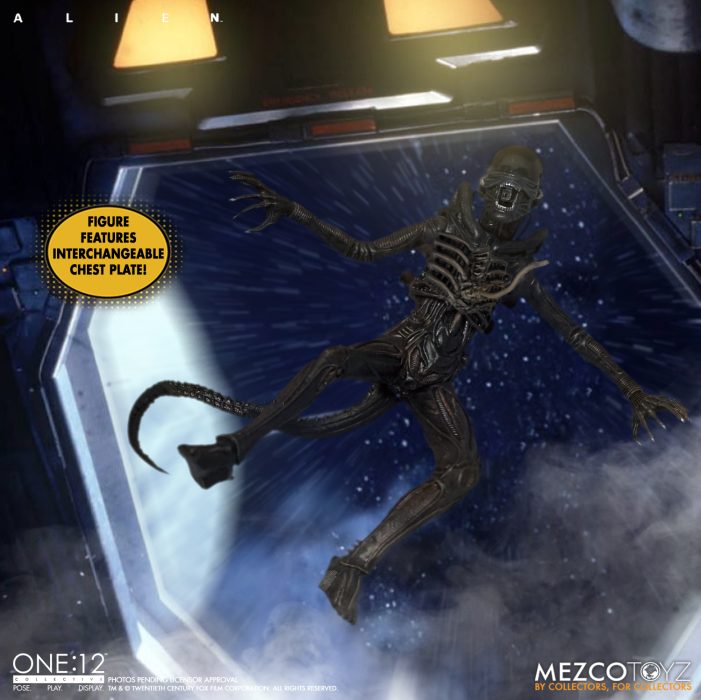 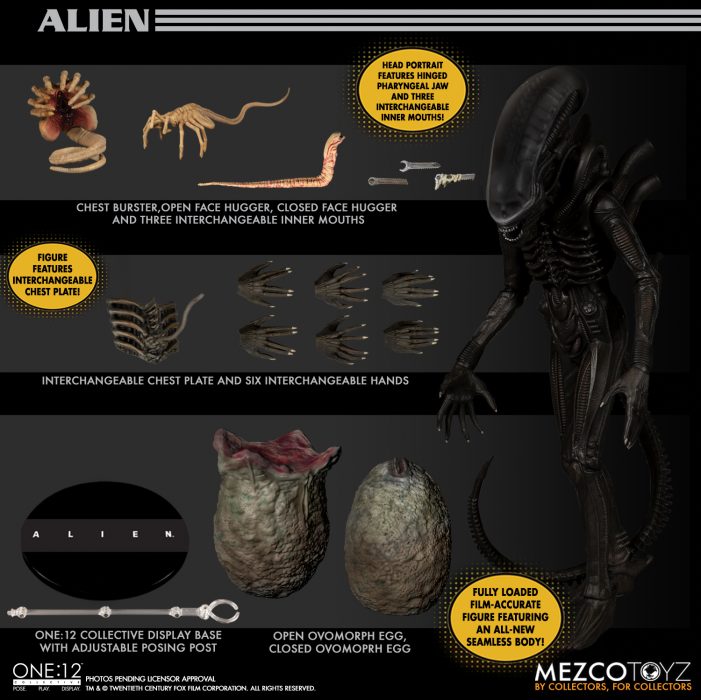 The figure has a MSRP of $100 USD and should be arriving sometime between January and March 2022.

Unfortunately the One:12 Collective Predator figure that was scheduled to ship this fall has been delayed until February 2022.