This one was being developed by Check Six Games, a short lived studio that developed Spyro: Enter The Dragonfly which released in 2002. They next started work on Aliens: Colonial Marines, but after a number of unimpressive internal showings with the publisher as well as a buggy presentation at E3 2001, the project was ultimately cancelled in 2002 and the studio would completely fold in 2003.

While we never saw much on the game beyond that E3 demo and some promotional images, thanks to YouTuber Mr. FO1, we now can take a look at some additional media created for the title.

Below is a cinematic trailer for the game created for marketing purposes:

The trailer honestly reminds me of the intro video of Alien Trilogy, something you might see before the game menu appears. During the trailer, dropships deploy from a Marine vessel of an original design, descending onto a planet to engage a Xenomorph infestation.

Mr. FO1 produced a documentary which includes interviews of a couple developers who worked on the game, shedding some light into what went wrong during development. It seems as though the smaller developer was in over its head with the game, and while they felt they had a strong gameplay experience based on some of their own playthroughs, unstable builds were shown to the higher-ups which destroyed confidence in the project.

You can watch Mr. FO1’s 15 minute documentary below:

In one of the interviews a developer recounts how impressive their experience with a sequence was, only for it to be wrecked when they kept working on the build before presenting it to Fox:

“There was a time when we were playing it one night, a night before we were going to Fox. Where we went down some tunnel in the Sulaco and we got the squad, and it was just SCARY! We were playing in a dark room on a big TV. And the Aliens would start coming from behind and they’re chasing you. Going down this hallways, it’s just a fucking firestorm! Cause your squadmates are trying to shoot em too, but, you know. It’s going crazy, and they’re coming. You’re seeing Aliens get blown up but they’re coming, and they’re coming. And then a shadow behind all this smoke. You see the queen coming, and she’s running on the roof toward you. Just this terrible bloodbath and you make it to the end of the hallways, and the door slams just in time! And then, everything calms. It was so fun. I said, “Are you guys fucking kidding me? That was one of the funnest things I’ve ever played!

We were so happy about that, that was one of the ones that they kept working on it that night. We took that to Fox and it did not do that. In fact, the one we took the Fox, the queen started to come and then she faded. And then half the explosion started fading cause the shaders were screwing up.”

Graciously provided to us were also some new screenshots, concept art, and renders that to our knowledge have never been seen before Mr. FO1 included them in his documentary. 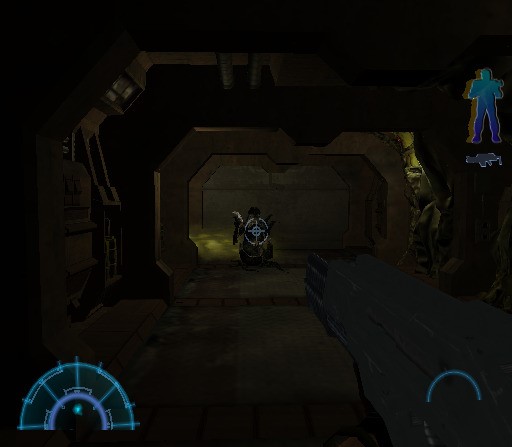 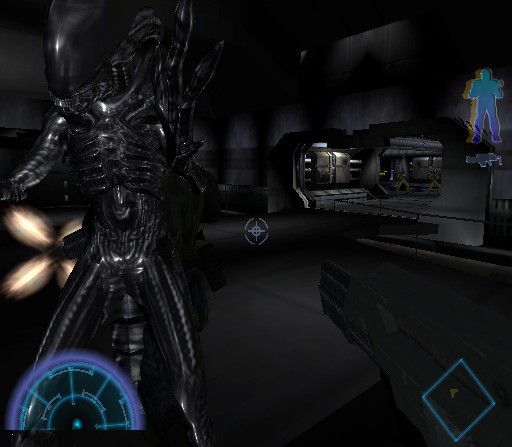 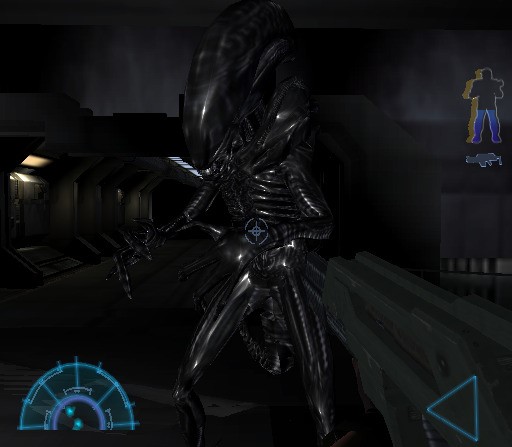 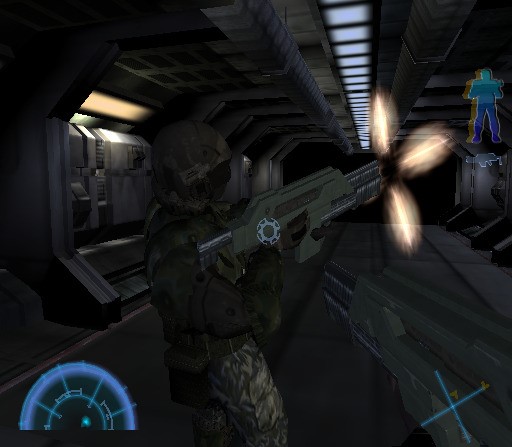 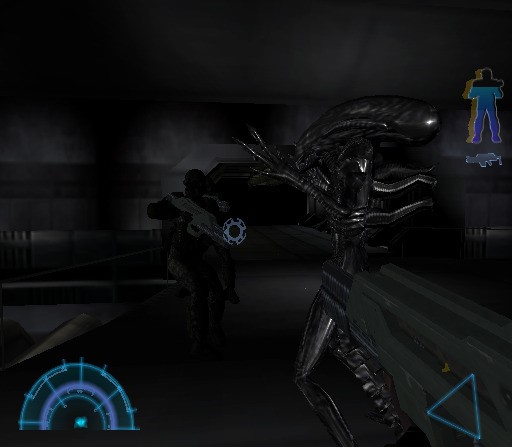 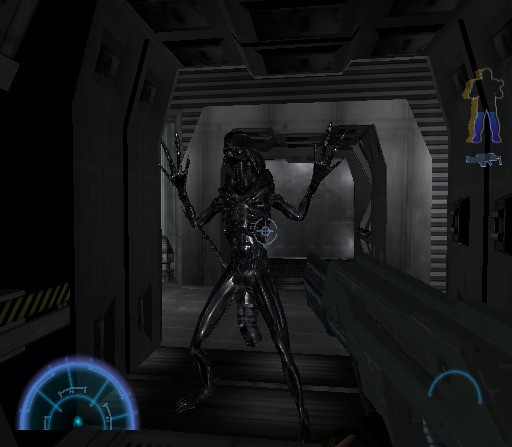 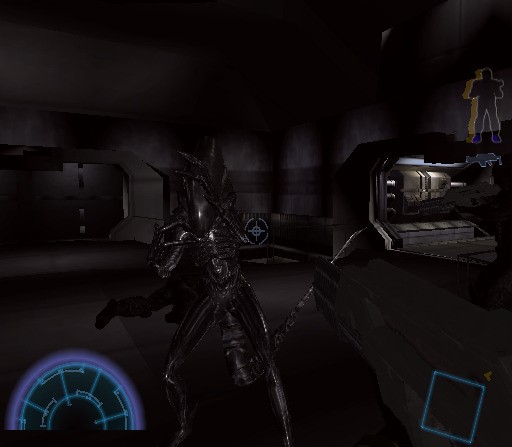 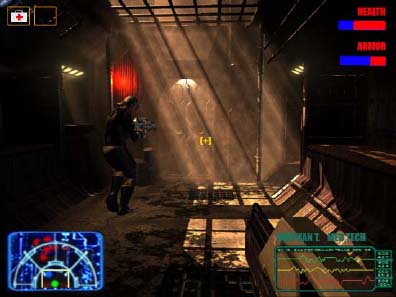 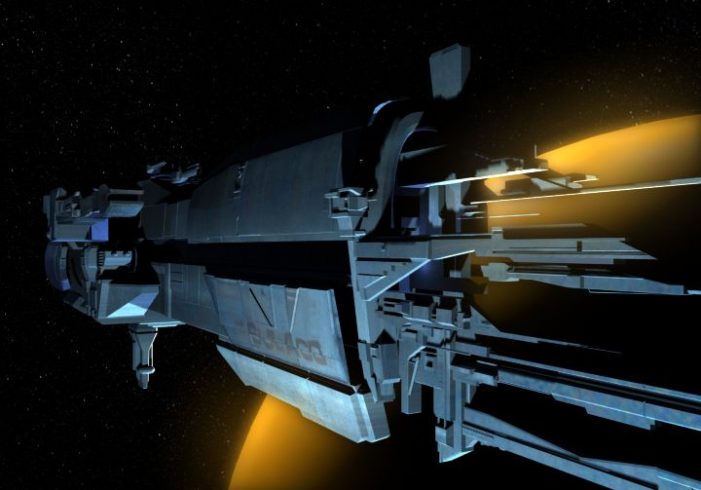 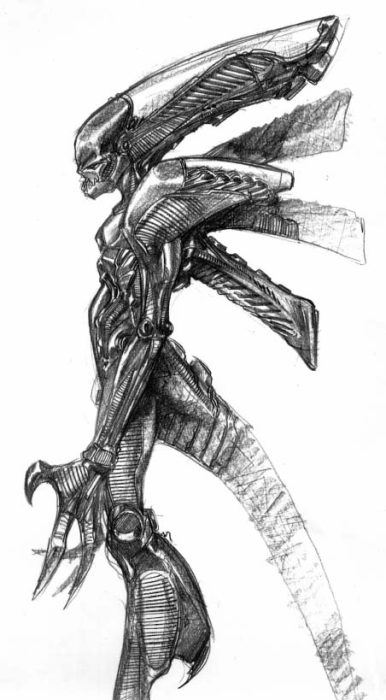 We’d like to give a big thanks to Mr. FO1 for providing us with this material, be sure to check out his channel!

Make sure to keep a close eye on Alien vs. Predator Galaxy for the latest Aliens gaming news! You can follow us on Facebook, Twitter, Instagram and YouTube to get the latest on your social media walls. You can also join in with fellow Alien and Predator fans on our forums!