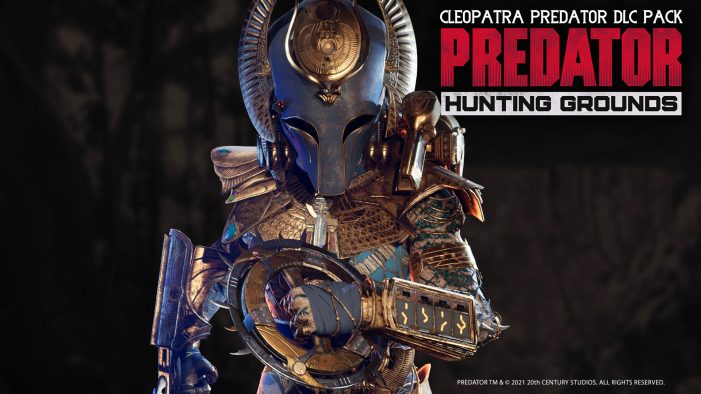 Featured as the new Paid DLC Predator class is ‘Cleopatra,’ a female Predator hinted at in multiple lore tapes in the past.

While encounters with Predator females have been rare, Predators of Cleopatra’s prowess are rarer still. As the only Predator to defeat Dutch in combat, she’s also the only Predator known to spare an armed opponent. Was it mercy or a threat? Perhaps it was just professional courtesy from one hunter to another. Do you have what it takes to step into this powerful Yautja’s shoes or will you be worthy of going toe-to-toe with her in the jungle? Cleopatra brings with her a special skin for the smart disc. By purchasing this DLC you will get early access to this new weapon skin variant.

Cleopatra comes with a weapon skin for the Disc. This one is the ‘Ancient Disc.’ 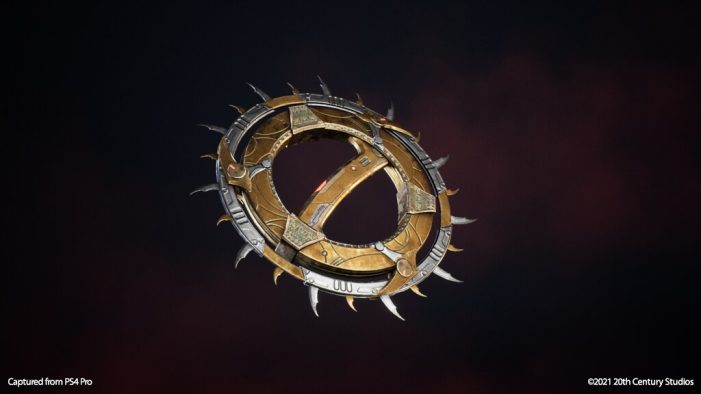 The NRV-E (Sniper Rifle) that came as early access with the Isabelle DLC is also now available for all players to unlock at Level 100.

Included in this update are Isabelle lore tapes, featuring the voice talent of Alice Braga! They are unlocked by leveling up just like with the Dutch tapes. We were disappointed about the lack of these in the last DLC in which she was featured, so it’s great to finally see them arrive for us to hear what she’s been up to since the events of 2010’s Predators.

Another significant part of the update is the addition of Fireteam bots, which you’ll be able to take over should you be killed. We’re quite curious on how this will affect the dynamics of the game.

This month’s Free Update brings the NRV-E (Unlock at Level 100) to all players. In addition, we are expanding the lore of the universe again with additional tapes. Have you wondered what Isabelle has been up to, where she has been, or how she got back to earth? There are now four level unlocked tapes featuring Isabelle telling her story (Unlocks at 1, 10, 20, 40). The community has been asking and we have been hard at work on it, we are so excited to bring friendly Fireteam Bots to the jungle. These Fireteam Bot members will fight alongside you in the jungle. They’ll also play a support role throwing ammo and health packs when you’re low; They’ll revive you if you’re downed; and if you are killed you can take over an Bot with your loadout. Now you never have to enter the jungle alone!

Here are the full update notes per Illfonic’s post in their forum:

It seems as though we’ll be having even more to look forward to, possibly beyond the current roadmap ending in October, as the blog ends with…

We have heard the requests for more Yautja and modes, and while we can’t share any details yet – be sure to keep an eye on our social media handles and forums! We have more in store in the months ahead and we cannot wait to share more information with you. 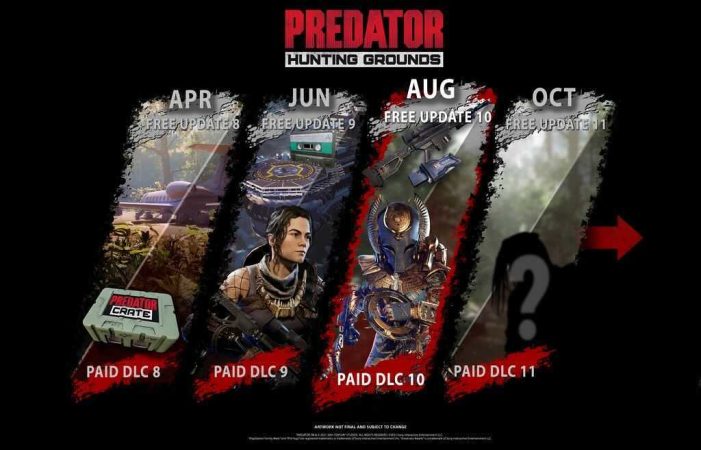 The current roadmap, with the next major update coming in October.

We’re already wondering who the next Predator we’ll be seeing in October will be, and it’s great to see the acknowledgement of players’ desire for new modes. For now, we’ll see you in the Hunting Grounds!