Aliens: Fireteam Elite has officially been released! Seven years after the last Alien title, Alien Isolation, the new Alien game from Cold Iron Studios drops you and your team of Colonial Marines onto LV-895 where you’ll battle hoards of Aliens. Aliens: Fireteam Elite is a third-person co-operative online multiplayer game that has been released for PC, PS4, PS5, X-Box One, and X-Box Series X/S.

Set in the iconic Alien universe, Aliens: Fireteam Elite is a cooperative third-person survival shooter that drops your fireteam of hardened marines into a desperate fight to contain the evolving Xenomorph threat.

Face off against waves of terrifying Xenomorph and Weyland-Yutani Synthetic foes alongside two players or AI teammates, as you and your fireteam desperately fight your way through four unique campaigns that introduce new storylines to the Alien universe. Create and customize your own Colonial Marine, choosing from an extensive variety of classes, weapons, gear and perks, battling overwhelming odds in this heart-pounding survival shooter experience. 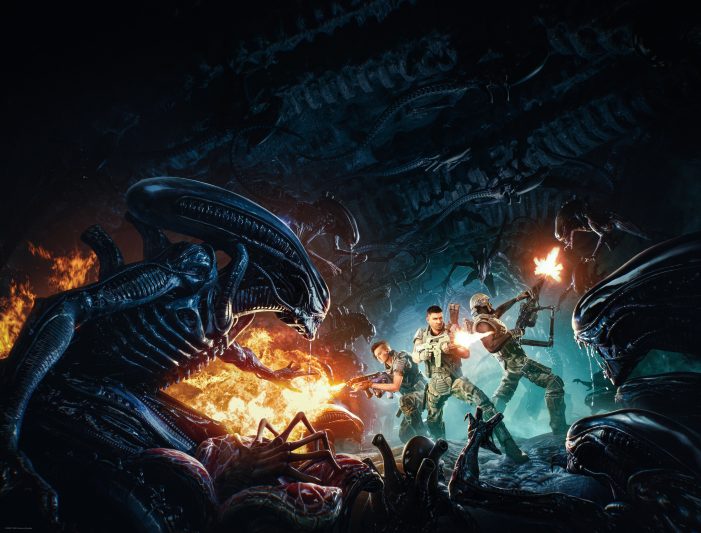 The majority of reviews that have surfaced online have so far been relatively positive, praising the faithfulness to the Alien franchise, the numerous different Alien variants. The gameplay is fun and frantic. The different classes are well-balanced and the progression system and unlocks are fun.

Have you picked up Aliens: Fireteam Elite? What platform will you get it for? What are your thoughts on the game so far? Sound off in the comments if you intend to but it and if you’ve had a chance to play it.