Despite being well into filming, the talk about Dan Trachtenberg’s Predator 5 has been practically non-existent! Now, the film’s producers John Davis and John Fox have broken the silence and dished some details with Collider!

According to Collider, the film will be known as Skull, dropping the plurality from the previous title, and will in fact be about the Predator’s first ever hunt on Earth (meaning that the Alien vs. Predator films will no longer be canon to the Predator films)! Though the duo didn’t go into specific details regarding the plot, Davis does compare it to the original Predator in regard to how Dutch had to use that Boy Scout bullshit.

“It goes back to what made the original Predator movie work. It’s the ingenuity of a human being who won’t give up, who’s able to observe and interpret, basically being able to beat a stronger, more powerful, well-armed force. It actually has more akin to The Revenant than it does any film in the Predator canon. You’ll know what I mean once you see it.” 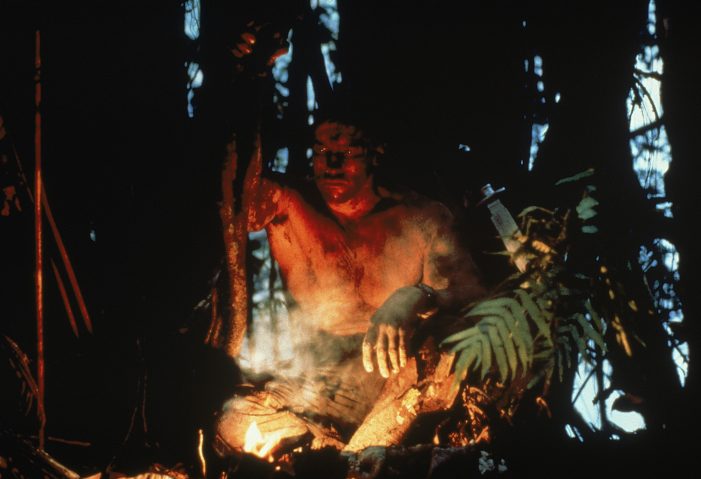 “It’s the ingenuity of a human being who won’t give up, who’s able to observe and interpret, basically being able to beat a stronger, more powerful, well-armed force.”

Talking about Trachtenberg, Davis called his vision “completely unique” and even went on to state he thought Skull might even rival the original when it’s completed.

They also talked a little about the secrecy and circumstances regarding Skull’s development, revealing that the film is “probably three-quarters of the way through” production (the last we heard, filming is set to finish on the 28th of August). They also talked about the possible rating of the film, stating that it was conceived as an R-rating but worryingly “could easily end up PG-13.”

Thanks to Whos_Nick for the tip! Keep your targets set on Alien vs. Predator Galaxy for all the latest Predator 5 news! You can also follow us on Facebook, Twitter, Instagram and YouTube to get the latest on your social media walls. Be sure to join in with fellow Alien and Predator fans on our forums as well!

Update 3rd August – Following this news, Dan Trachtenberg posted on Instagram a comment on how a film’s title while shooting is not necessarily going to be the film’s title on release. So those of you who had been hoping to see Skull(s) as the final title may be in for some disappointment.

Looking at this old picture of our slate from when we shot 10 Cloverfield Lane and thinking about how sometimes they report on a movie’s title, but it’s actually just the code name it is shooting under…