When asked, Cold Iron Studios CEO Craig Zinkievich told GameSpot that “there is currently no plan for cross-play at this time.” So maybe it’s added down the line, but it’s looking like that’s not going to happen anytime soon.

It’s certainly disappointing, especially considering the co-operative nature of the game, but as Gamespot noted there’s still a possibility to see the feature added at some point. However, it has been confirmed that Aliens: Fireteam Elite will support cross-generational play where PS4 and PS5 can play together, and likewise for the Xbox. 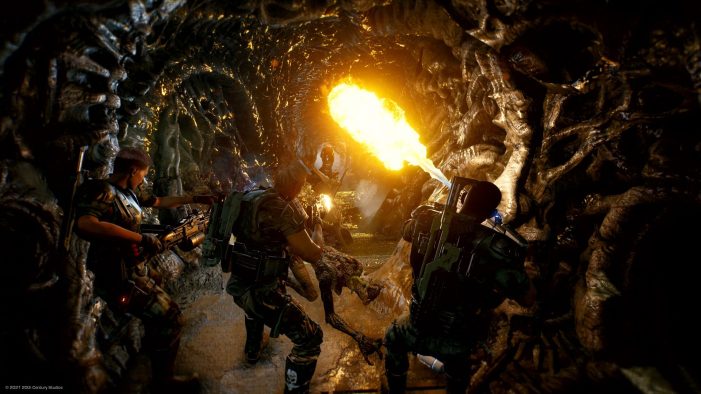 On the topic of cross-generations, Cold Iron founder Matt Highison, confirmed that last generation copies of the game will also come with free upgrades to the next generation iterations!

Console fam! It’s hard to find a next-gen console. We don’t want you to have to wait to be killed by Xenos.

If you don’t have a next-gen console yet, you can buy the last-gen Fireteam Elite and get a free upgrade when you get the new machine!

Pre-orders get sweet bonuses too.