Four months ago, Marvel Comics announced their plan to launch a new on-going comic series featuring our favorite intergalactic hunter, the Predator! Headlined with the acclaimed talent of writer Ed Brisson and artist Kev Walker, this promising new series would reportedly revolve around a new character named Theta, a woman with a personal vendetta to find the deadly Predator that slaughtered her family when she was only a young child.

When a delay in its release caused some fans to panic over the comic’s future, writer Ed Brisson recently calmed those fears by reassuring fans that the Predator comic was still being worked on and definitely would be released. 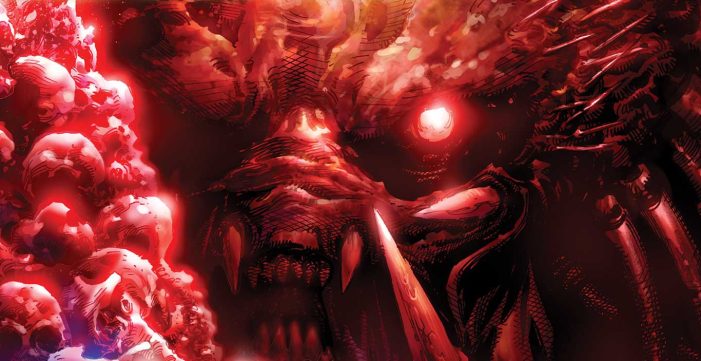 Now today, thanks to the official newsletter of Ed Brisson, the Predator writer further elaborated on the current status of his new Predator series. And not only did Brisson double-down on confirming that Marvel’s new Predator comic is still currently being worked on, but he informed fans that the series will be coming out “later in the year”!

“Predator has not been canceled. It was just pushed back to later in the year. We’re all hard at work on the book — I’m currently working on the script to issue #5 and Kev Walker is well into art on #3.

As to the release date, I don’t have specifics at this time. Nothing that I can share at least.

I promise all of you that the wait will be worth it. I’ve been really happy with the scripts and Kev’s art is absolutely stunning. I wish I could show you the pages in my inbox, but I’m pretty sure that Marvel would have me murdered for it.”

Go to edbrisson.com to subscribe to Ed’s newsletter, and be sure to stick with Alien vs. Predator Galaxy for the latest Predator comic news! You can follow us on Facebook, Twitter, Instagram and YouTube to get the latest on your social media walls. You can also join in with fellow Alien and Predator fans on our forums!