With Volume 1 having recently hit the shelves and Volume 2 set for release August 18th, Marvel has now announced (via YouTube channel Near Mint Condition) the third volume in The Original Years Omnibus series! 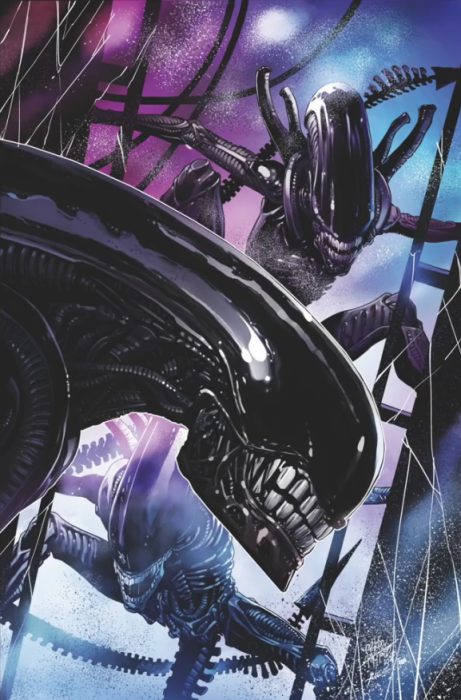 This release will mark the first time that the adaptation of Alien Resurrection has been collected since its original release. The materials from Dark Horse Comics are better known as Aliens: Mondo Pest. The inclusions from Dark Horse Presents are Aliens: Incubation (funnily enough, the prequel story to the DC crossover Batman/Aliens), Aliens: Border Lines, and Aliens: Once in a Lifetime.

Dark Horse Presents Annual 1997 is Aliens: Tourist Season, A Decade of Dark Horse is Aliens: Lucky, and finally Free Comic Book Day is the prologue to Aliens: More Than Human. With Volume 3 also collecting Aliens (2009) (aka More Than Human) this now brings the reprints up to the more recent era of Dark Horse Comics when they began publishing regular stories again following the Fire and Stone crossover event.

The artwork for the standard cover will be provided by Carlos Pacheco, while the direct market cover will be this very well known piece by Bernie Wrightson, formerly the cover artwork of Dark Horse Presents 101 (Aliens: Incubation). 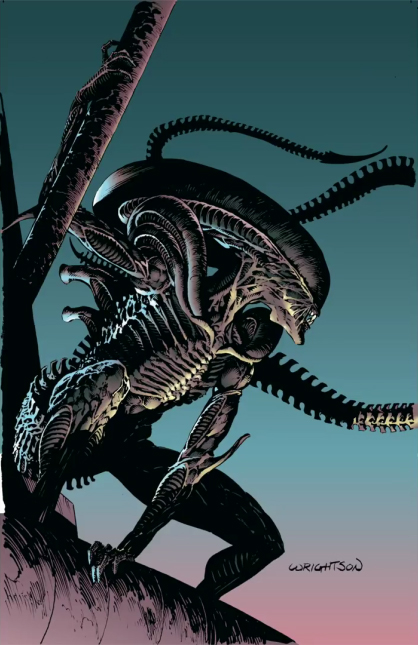 Aliens: The Original Years Omnibus Volume 3 is slated for release March 2022. Thanks to Russ840 for the heads up. You can watch the original announcement video below.