Concept artist Geoffroy Thoorens continues to treat us to new artwork showing us more glimpses of the world that we may have seen had Neill Blomkamp’s Alien 5 project come to fruition.

Thoorens uploaded this additional batch of images to his website, following previous recent posts by the artist to their Instagram and ArtStation.

Quite a few different scenes are shown here. Included in the images are a Queen Alien approaching in the midst of a raging storm, Hicks defending himself against an attacking ‘Trematode’ creature with what appears to be a bio-mechanical looking firearm, Ripley and Hicks planning (likely planning their incursion we’ve seen in previous concept art), an offshore facility platform, a VTOL aircraft approaching a landing pad, Ripley arming herself with a smartgun, an android’s gland being removed, bombs being equiped with a Power Loader, and a substance eroding similar bombs in their storage.

The captions to the works posted give some context of what the images are showing and we’ve included them below. 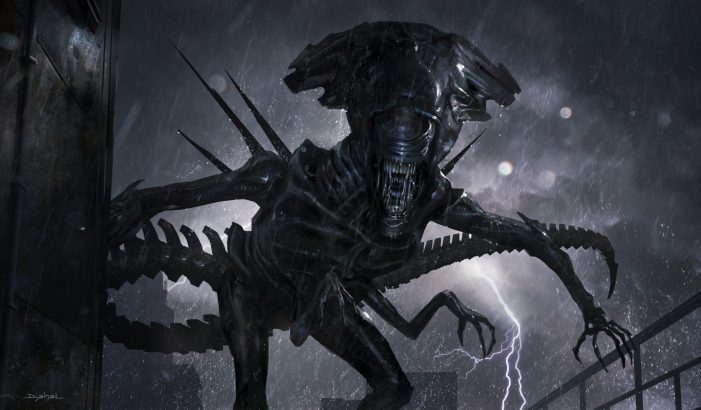 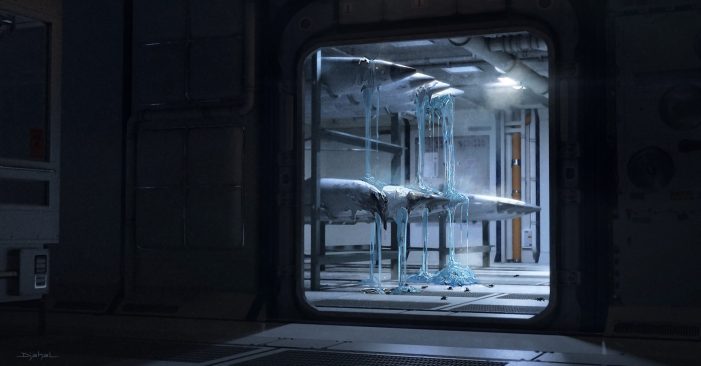 Ripley Arms Up in Dropship