For Alien Day 2021, the book’s cover art was revealed on the official Alien social channels. It’s being promoted as part of a 35th Anniversary celebration of Aliens, with the new anniversary logo right on the cover. 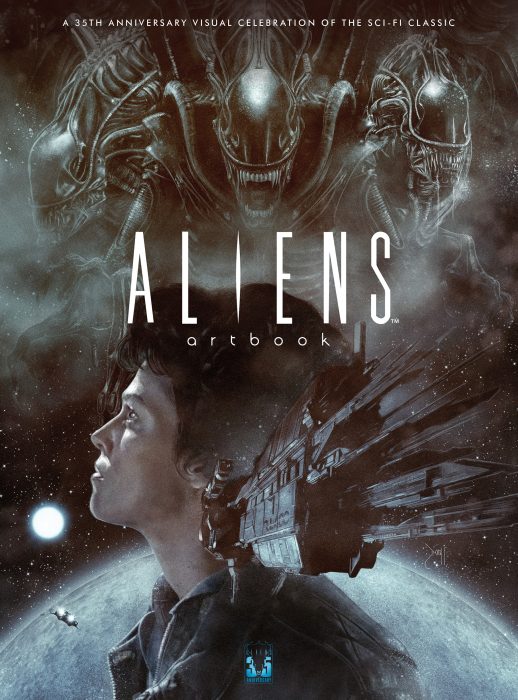 Here is the book’s official description:

“A collection of stunning brand-new exclusive original art collated with Printed in Blood to celebrate the classic film Aliens. A lavish coffee table book bursting with brand new and exclusive art. The book includes over 100 pieces by professional artists, illustrators, concept artists, comics artists and graphic designers. From character portraits, faux book covers and poster concepts, to iconic scenes, wanted posters and renderings of the iconic Xenomorph and Alien Queen, each artist puts their own stamp on the Alien universe.”

Printed in Blood has worked on a number of artbooks, I was personally impressed with the one they produced for John Carpenter’s ‘The Thing’ film. Their books typically include quite a few different pieces selected from artist submissions. We’ve noticed a few of these artists teasing their work being included in the book on Twitter:

Stop your grinnin' and drop your linen! It's #AlienDay, and I'm coming out of the goddamn walls to let all you sweethearts know that I'm part of the upcoming official ALIENS ArtBook from @PrintedInBlood.🌌 pic.twitter.com/wlgS3sQY1H

We just hope the artists avoided a certain piece of Alien reference… you know the one.

Aliens Artbook is scheduled to arrive on September 7th and will retail for $50. Pre-orders are now live from Amazon, Penguin Random House, B&N, and direct from Titan Books.

Make sure your browsers are locked into Alien vs. Predator Galaxy for the latest Alien and Predator literature news! You can also follow us on Facebook, Twitter, Instagram and YouTube to get the latest on your social media walls. Be sure to join in with fellow Alien and Predator fans on our forums as well!