“Aliens: Fireteam is a cooperative shooter, but it’s here to tell a new story too, and there’s a cohesive narrative spread across its campaigns,” Zinkievich explained. “Colonization has exploded, there’s a lot of new developments, your battalion is sent out to patrol the lawless frontier that exists out there. On the way, your ship picks up a distress call from LV-895.” You can probably guess what happens next. We’ll give you a hint: it involves Xenomorphs and pulse rifles.

But let’s back up a second. Aliens: Fireteam takes place in the year 2202, 23 years after the events of Aliens and Alien3. Narrative designer Chris L’Etoile gave us a crash course in future history: “one of the major events in our backstory is the passing of the Colonial Protection Act in 2187. That is a government reaction to what the companies were doing in the outer rim in the frontier, basically saying, ‘[Corporations] have been running roughshod over everything out there, causing a lot of people misery, we’re going to take a more active hand in this.’” You, the player, will be one of the Colonial Marines enlisting for this cause. 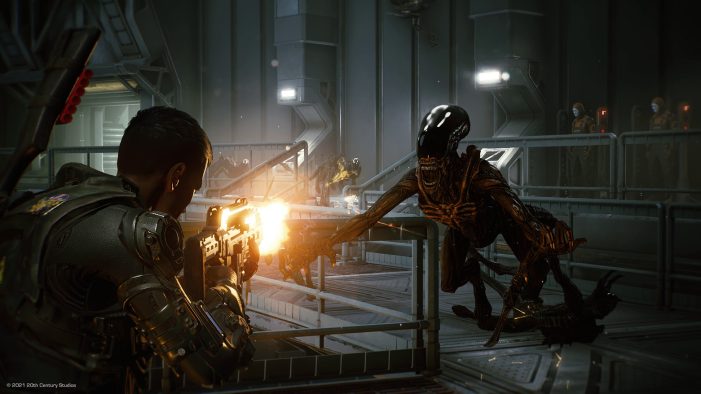 While we’re pretty certain we’ve already spotted Engineer locations in the gameplay footage, though he didn’t go into too much detail Zinkievich did confirm that Prometheus and Alien: Covenant have influenced Aliens: Fireteam.

As divisive as they might be among fans, Ridley Scott’s recent additions to the Alien universe are also part of the canon: “There are themes, there are things that happen in Prometheus and Alien Covenant that do show up in the game as well,” Zinkievich tells us. “I think we’re planning on talking about those later, but we are pulling Prometheus and Covenant into the future of the timeline.” Maybe we’ll run into some relics from the Engineers, or zap some Neomorphs or Deacons in addition to Xenomorphs, just don’t expect an android who looks like Michael Fassbender to show up and give flute lessons with a rhythm-based minigame. (No, seriously, we asked.) 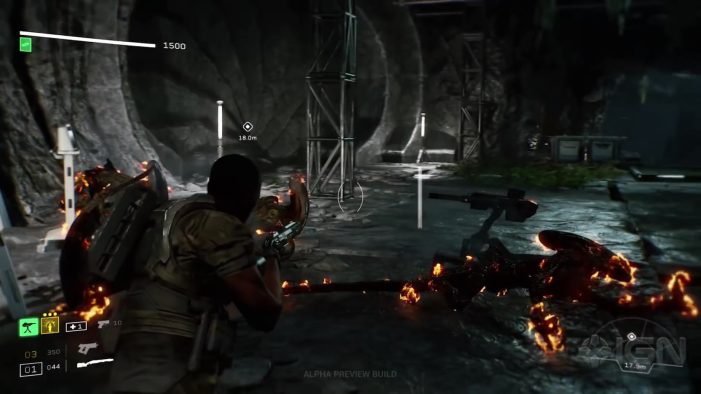 The possible entrance to an Engineer facility.

I know it’s also been a topic of discussion on our message boards, so for those wondering about the levels of customisation in Fireteam, Highison confirmed that players will be able to choose headgear!

“In space, no one can enforce your dress code, so expect plenty of customization. “You’ll be able to wear your cowboy hat, or your classic colonial marine helmet, or awesome synth sunglasses,” Highison tells us.”

Be sure to head on over to IGN to check out the entirety of the article in which they also talk about the weapon manufactures, the DNA reflex and plenty more!