KEE Female; 19 years old; Comanche. Her name, “Kee”, means “no” in Comanche. A name she has earned by perpetually refusing to do as she is told her entire life. Kee is very close to her younger brother, Taabe, who is being groomed as a leader. As capable as any young man in the tribe, Kee has always been a teacher and source of inspiration for Taabe. In the Comanche way – she is “Patsi” – the elder sister that has helped to shape him. Kee is a truth teller and has insight that others do not. A tomboy, she wants to prove herself in the masculine world of the Comanche. When danger threatens them all – Kee sets out to prove that she is as capable as any young warrior.

TAABE Male; 17 years old (seeking 18 to play younger); Comanche. Taabe’s name means “Sun”, like the star in the sky – which lets you know the tribe’s expectations for him – he is being groomed to be a Chief one day. Having relied on the council of his older sister, Kee, his “Patsi” for his entire life. Taabe has just had a taste of success in one of his first big hunts. As he is coming of age and fresh off of his first triumph, he feels that he’s now a leader/in charge and no longer needs Kee – which causes the first rift in their very close relationship.

Given the age of the casting call on Tribal Film Festival, it’s possible these details may have changed and the information Murphys Multiverse has shared is from an updated call. Thanks to AvP Galaxy staffer VoodooMagic for finding this!

It’s been a little while since we heard anything regarding Dan Trachtenberg’s upcoming Predator 5 aka Skulls. There’s been no official plot announcement, but based on what AvP Galaxy exclusively learned and what we’ve put together regarding the project, we know the film is a period piece focusing around Native Americans. Now, according to Murphys Multiverse, they have some exclusive details on some of the film’s main characters.

Let’s start with our rebellious girl, whose name Kee means “no”. They are looking for a 15-year-old to take on the role of a rebellious Comanche teen. She has a close relationship with her brother. He is our second lead, the 18-year old Taabe, whose name means “sun”. Kee is a truth-teller who sees what others don’t, as she guides her brother, who is expected to become Chief one day. After a successful hunt, he believes he has come of age and no longer requires his sister’s help, which creates a rift between them. She decides to set out and prove that she is just as capable as the others. She aims to defy the rules set by the masculine world of the Comanche. 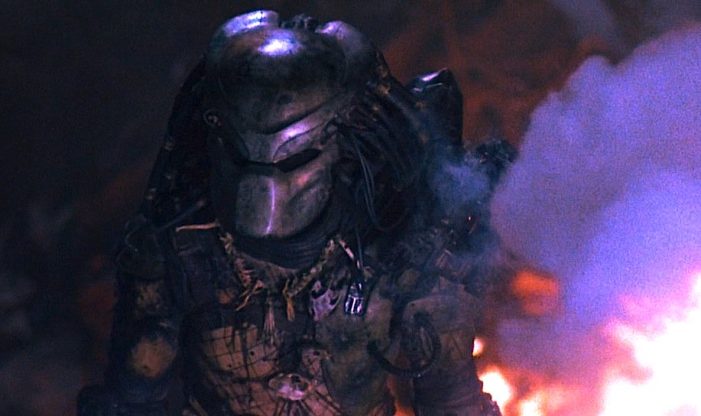 While I’m not too familiar with Murphys Multiverse as an outlet, Alien vs. Predator Galaxy can corroborate that we’ve heard that Skulls will feature a younger cast and that they were specifically casting roles aged 15 to 25. When we first heard about the project, it was also revealed to us to be in the casting stage, so I believe it’s likely this information may have come straight from casting calls and be reliable.

Also, Murphys Multiverse states that Trachtenberg’s Predator film is still being produced under the working title Skulls. Thanks to botmetro and Whos Nick for the heads up.

Make sure your browsers are locked into Alien vs. Predator Galaxy for the latest Predator 5 news! You can also follow us on Facebook, Twitter, Instagram and YouTube to get the latest on your social media walls. Be sure to join in with fellow Alien and Predator fans on our forums as well!

Related News Posts
[Exclusive] The Predator Is Coming To...
From The Other Side, Discussing Dan...
Predator 5 Is Coming! Directed By 10...
Dan Trachtenberg’s Talks Predator 5...