Just when you thought everyone was done having fun with William Gibson’s scripts for Alien 3! A listing for Titan’s new novel has just gone up on Amazon, revealing that Pat Cadigan, “the Hugo Award-Winning “Queen of Cyberpunk,” is taking on the task of bringing Gibson’s first draft of Alien 3 to prose form with Alien 3: The Lost Screenplay!

William Gibson’s never-before-adapted screenplay for the direct sequel to Aliens, revealing the fates of Ripley, Newt, the synthetic Bishop, and Corporal Hicks. When the Colonial Marines vessel Sulaco docks with space station and military installation Anchorpoint, a new form of Xenomorph appears. Written by Hugo Award-winning novelist and “Queen of Cyberpunk” Pat Cadigan, based on Gibson’s never-produced first draft.

The Sulaco—on its return journey from LV-426—enters a sector controlled by the “Union of Progressive Peoples,” a nation-state engaged in an ongoing cold war and arms race. U.P.P. personnel board the Sulaco and find hypersleep tubes with Ripley, Newt, and an injured Hicks. A Facehugger attacks the lead commando, and the others narrowly escape, taking what remains of Bishop with them.

The Sulaco continues to Anchorpoint, a space station and military installation the size of a small moon, where it falls under control of the military’s Weapons Division. Boarding the Sulaco, a team of Colonial Marines and scientists is assaulted by a pair of Xenomorph drones. In the fight Ripley’s cryotube is badly damaged. It’s taken aboard Anchorpoint, where Ripley is kept comatose. Newt and an injured Corporal Hicks are awakened, and Newt is sent to Gateway Station on the way to Earth. The U.P.P. sends Bishop to Anchorpoint, where Hicks begins to hear rumors of experimentation—the cloning and genetic modification of Xenomorphs.

The kind of experimentation that could yield a monstrous hybrid, and perhaps even a Queen. 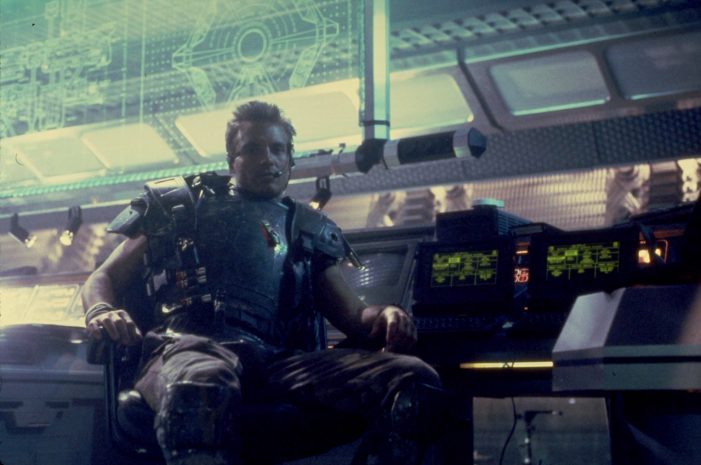 What’s interesting here is that the blurb specifically calls out Gibson’s first draft. Both Audible and Dark Horse Comic’s adaptations were based on Gibson’s second draft. There were some very notable differences between the two so this may present a very different experience for those already familiar with the previous adaptations.

The adaptation is being written by Pat Cadigan, an award-winning author particularly – and very fittingly – best known for her own work in the cyberpunk genre, a genre that William Gibson is very well known for popularizing. Though not her first foray into licensed fiction (she’s worked on Jason X and Alita: Battle Angel), this will be Pat’s Alien debut!

According to the Amazon listing, Alien 3: The Lost Screenplay will be released on the 31st of August this year. It is also already available for pre-order on Amazon (UK/US) and is now Titan’s third Alien novel of 2021!

Thanks to felix for the heads up! Make sure your browsers are locked into Alien vs. Predator Galaxy for the latest Alien and Predator news! You can also follow us on Facebook, Twitter, Instagram and YouTube to get the latest on your social media walls. Be sure to join in with fellow Alien and Predator fans on our forums as well!