Just over two weeks ago we finally got details of Marvel’s debut Alien series. And now that the solicitations for March 2021 are here we now have further plot details about what to expect from Phillip Kennedy Johnson’s series. Beware minor spoilers.

Gabriel Cruz gave his life to Weyland-Yutani–In the case of an alien attack he barely survived, almost literally! Recently retired, Cruz is trying to patch things up with his abandoned son with the help of his friend, a Bishop-model android, but his re-entry into civilian life is not going smoothly…and his encounters with the deadly Xenomorph are far from over. 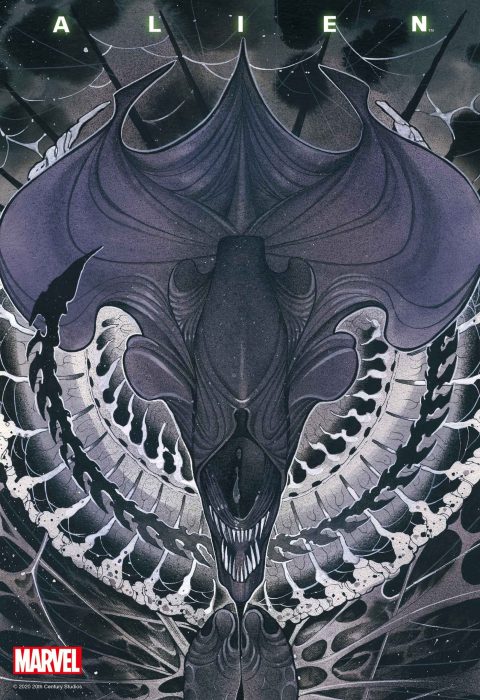 In addition to InHyuk Lee’s previously revealed cover art, we also know that Aliens #1 will have a total of 14 covers, some of which you can see below!

The first issue will also be a bumper sized issue, weighing in at 40 pages. We don’t yet have a specific release date though. Thanks to Ultramorph for the heads up!