It’s with great sadness that we have to report that legendary Alien series writer and producer David Giler has died at the age of 77. Deadline is reporting that David, one of the fathers of the Alien franchise, died on the 19th of December at his home in Bangkok due to cancer. 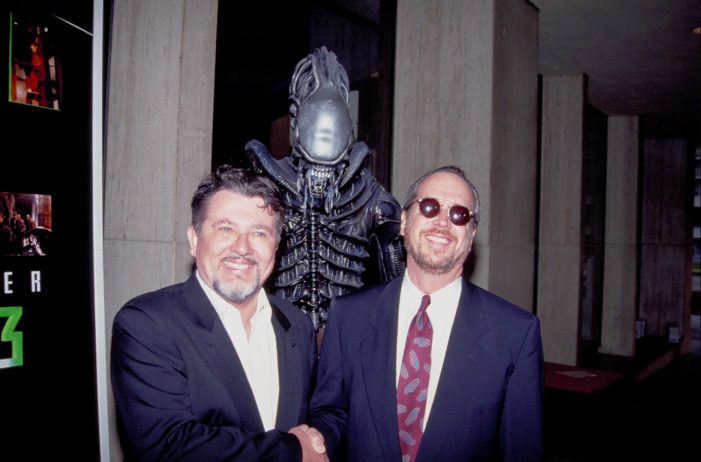 While David’s contributions to the cinematic landscape were numerous, to our community David is known for his instrumental work on the Alien series. The dramas involved in the making of Alien all aside, without David there would be no Alien franchise for us to still be here celebrating over 40 years later.

Along with his frequent collaborator Walter Hill, who together formed Brandywine Productions along with Gordon Carroll, David would serve as producer for the original Alien trilogy, perform rewrites on Alien and help salvage Alien 3’s script.

Long-time friend and collaborator Walter Hill had this to say about David’s passing, as reported by Deadline:

“If you knew David, you knew he was special. The magic of his personality is hard to describe: funny, angry, extremely knowledgeable, extremely well read; it was my privilege to write and produce with him, and more importantly, to have his close and deep friendship for nearly 50 years.”

David Giler was a dream interview. Brutally candid and gamely playing varying degrees of bad cop in my ALIEN Anthology documentaries, he provided revealing, controversial perspective in the making-of story. The drama of my ALIEN docs would’ve been weakened without his voice. https://t.co/ba5PozrEr4

David is survived by his sister Kendall Giler. For Alien fans, the impact of David Giler cannot be understated. Fortunately David will continue to live on through his work and Alien fans will forever be grateful. Thank you David.