With all these rumors of an Alien series these last two years you’d think one might actually be happening. In March of 2019 we reported on Deadline’s news that writer & producer Noah Hawley pitched an Alien series to FX, which was apparently decided against as Fox wanted to keep Alien a theatrical series at the time. 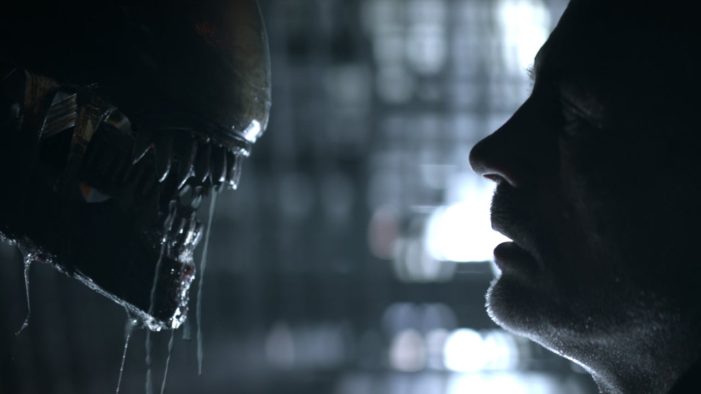 We heard again about Hawley’s pitch this last September in an article from Observer where he expressed how he wanted to create a character focused series touching on “humanity at its worst.”

Now, in a new interview with Deadline, Hawley was asked about his discussions for an Alien series, and his answers seem to imply that talks haven’t been completely abandoned:

DEADLINE: Are you still involved with the Alien reboot TV series? I understand deals are trying to be done.

HAWLEY: I know that there’s an effort to reshuffle a lot of things post-Disney takeover and it was a conversation that I had a couple years back. And I have not in the last few weeks been having those conversations about it. But I know that like any studio that there’s a great desire to make the most of one’s library so I wouldn’t be surprised to see something like that.

DEADLINE: But you’re involved in it?

HAWLEY: Ya know, I have conversations from time to time, but I’m not committed.

DEADLINE: And there isn’t a hard conceit to it yet?

HAWLEY: No, I haven’t — nothing is at that stage.

Given the rapidly changing media landscape heavily drifting towards streaming services, and the completion of the Fox acquisition by Disney and change into the modern ’20th Century Studios,’ we have to wonder if the idea of an Alien series has been brought up for consideration behind the scenes. It’s a new type of live-action format we’d certainly love to see Alien explore.