In celebration of Predator 2’s theatrical release 30 years ago, Alien vs Predator Galaxy is thrilled to present the very first of several releases we have in store for you all today – the 1990 shooting script for the fan favorite sequel, never made available before in public circulation!

Written by the original Predator creators Jim and John Thomas and tallying 139 pages, this is the very script that was in the hands of the cast and crew all throughout principal photography. 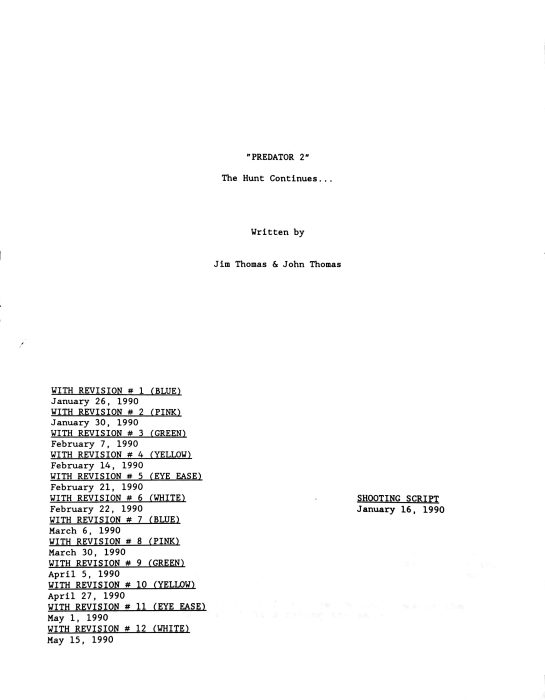 The Thomas Brothers were also on set during filming performing rewrites where needed, so page edits can be tracked from the greenlit base third draft dated January 16th, 1990, all the way to the last month of shooting in May.

In addition to that, we’ve also put together a special Predator 2 “dossier” containing not only the 1990 shooting script, but with a peppering of storyboards, shooting schedules, diagrams and more! 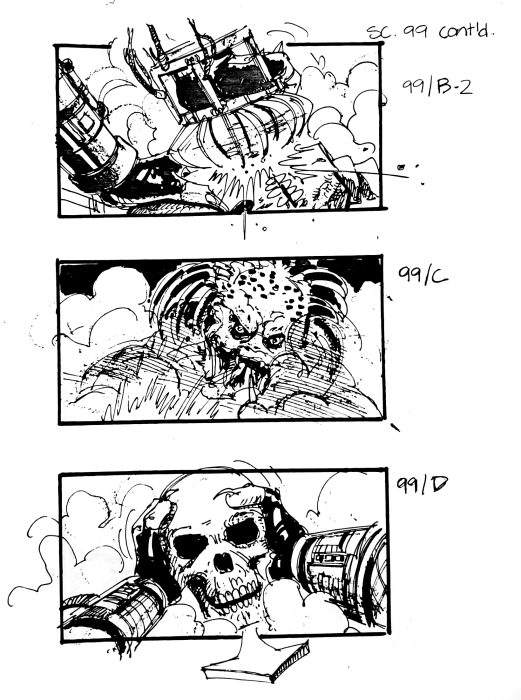