I’m not going to pretend to be any sort of entertainment lawyer, or laws expert, but even as a layman this excuse has me raising my eyebrows. Disney and its relationship to Alien and Predator has once again entered the news for now refusing to pay the legendary Alan Dean Foster the royalties owed for his Alien (and Star Wars) novels. Disney’s excuse? They only purchased the rights, not the obligations.

Yesterday the Science Fiction and Fantasy Writers of America published a statement and a letter (which in itself is unusual. This is all usually dealt with by SFWA behind closed doors) written by the fan-favourite author regarding the situation.

We have a lot in common, you and I.  We share a birthday: November 18.  My dad’s nickname was Mickey.  There’s more.

When you purchased Lucasfilm you acquired the rights to some books I wrote.  STAR WARS, the novelization of the very first film.  SPLINTER OF THE MIND’S EYE, the first sequel novel.  You owe me royalties on these books.  You stopped paying them.

When you purchased 20th Century Fox, you eventually acquired the rights to other books I had written.  The novelizations of ALIEN, ALIENS, and ALIEN 3.  You’ve never paid royalties on any of these, or even issued royalty statements for them.

All these books are all still very much in print.  They still earn money.  For you.  When one company buys another, they acquire its liabilities as well as its assets.  You’re certainly reaping the benefits of the assets.  I’d very much like my miniscule (though it’s not small to me) share.

You want me to sign an NDA (Non-disclosure agreement) before even talking.  I’ve signed a lot of NDAs in my 50-year career.  Never once did anyone ever ask me to sign one prior to negotiations.  For the obvious reason that once you sign, you can no longer talk about the matter at hand.  Every one of my representatives in this matter, with many, many decades of experience in such business, echo my bewilderment.

My wife has serious medical issues and in 2016 I was diagnosed with an advanced form of cancer.  We could use the money.  Not charity: just what I’m owed.  I’ve always loved Disney.  The films, the parks, growing up with the Disneyland TV show.  I don’t think Unca Walt would approve of how you are currently treating me.  Maybe someone in the right position just hasn’t received the word, though after all these months of ignored requests and queries, that’s hard to countenance.  Or as a guy named Bob Iger said….

I’m not feeling it.

Alan’s novelisations of Alien, Aliens and Alien 3 were republished again as recently as 2014 and are often staple novels found on the shelves of the science-fiction section in bookshops, so to hear that Alan is being treated this way is immensely disappointing. By going public with this, Alan and his representatives are hoping that Disney will stop ignoring them and actually discuss the situation with them. 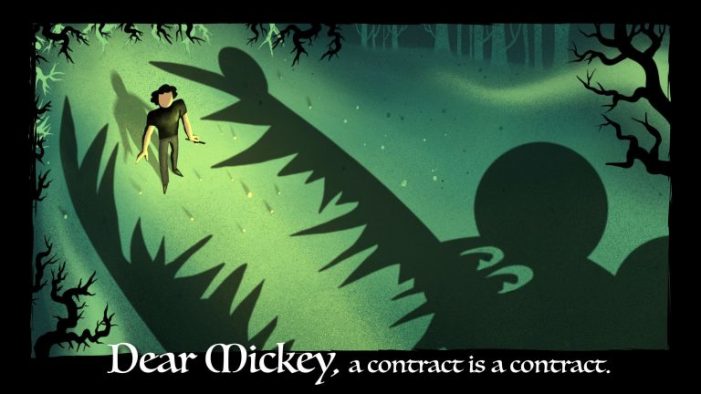 Alien’s change of ownership, particularly in the realms of literature, has not been without controversy. The cover art for Marvel’s first Aliens Omnibus (comprising entirely of Dark Horse’s back catalog) also caused controversy with the cover “artist” Greg Land tracing and swiping artwork from existing imagery or artists such as Tristan Jones.

Though not quite the same situation, a similar issue with paying royalties arose around the writers and artists who worked with Dark Horse on the Alien and Predator series. Though Dark Horse were not contractually obliged to pay those creators royalties, certain people such as Mark Verheiden and Mark Nelson had continued to receive royalty payments. Something that is now stopping with Disney now owning the licenses, and Marvel now set to publish the comics.