I’m sorry to have to report to you all the loss of another member of the Alien family. The Hollywood Reporter shared the devastating news, where Ron’s wife confirmed that passed away on the 21st – Ron’s 83rd birthday.

Ron Cobb’s influence on the series can be felt throughout Alien and Aliens where Ron designed the exterior and interior of the Nostromo, the iconography, Hadley’s Hope and for you Colonial Marines aficionado’s, the Bug Stomper logo was also Ron’s work! 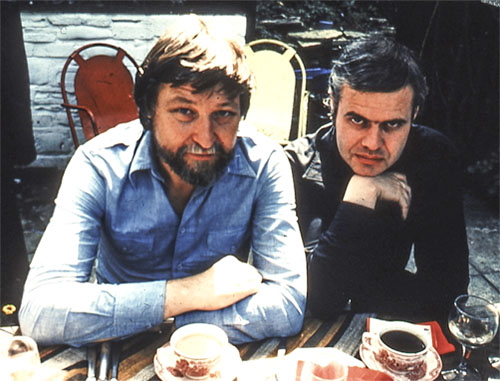 As well as having a huge impact on the look and feel of the Alien universe, Ron had a huge career designing for film working on other classics such as Conan the Barbarian, Back to the Future, Abyss, and Close Encounters of the Third Kind.  If you’d like to see more of Ron’s work and learn more about him, you can head on over to his website!

Saddened to hear about the passing of the great Ron Cobb, who was truly one of my favorite artists, and not just for his work on ALIEN, CONAN, STAR WARS and so many other fantastic films. He was also quite the editorial cartoonist, as this example from FIFTY years ago proves. pic.twitter.com/OaQtc8u2WZ

Ron is survived by his wife Robin Love, and son Nicky Cobb. The thoughts of the Aliens vs. Predator Galaxy staff and community go out to Ron Cobb’s family and friends. Rest in peace, Ron.