With his new TV series Raised by Wolves due to premiere today on HBO Max, Sir Ridley Scott has been making the press rounds to promote the new series. In an interview with Forbes, Scott confirmed that he is continuing to work on a new prequel film, but also gave a rather confusing comment.

“That’s in process. We went down a route to try and reinvent the wheel with Prometheus and Covenant,” he enthused. “Whether or not we go directly back to that is doubtful because Prometheus woke it up very well. But you know, you’re asking fundamental questions like, ‘Has the Alien himself, the facehugger, the chestburster, have they all run out of steam? Do you have to rethink the whole bloody thing and simply use the word to franchise?’ That’s always the fundamental question.”

Scott believing the Alien itself has “run out of steam” is something he has talked about several times in the past and was re-iterated during a 40th anniversary retrospective with The Hollywood Reporter in May of 2019.

“Ruminating on the immediate future of the Alien franchise, now that Disney has acquired 21st Century Fox, Scott confirms that there are discussions for future installments, but warns that if the basic premise of “the beast” does not evolve like the Xenomorph itself, the “joke” gets old.” 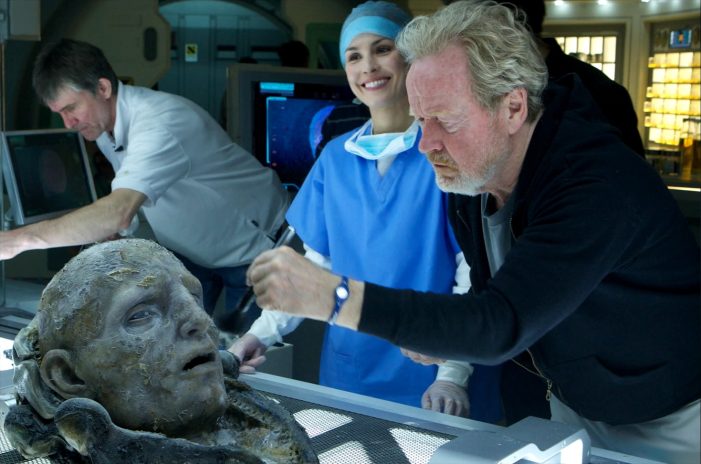 Could we be seeing a return to Alien-less films?

Is it possible that Scott is in fact talking about doing a Prometheus again and going Alien-less in next sequel, but existing within the same universe? While taking part in press junket’s for Alien: Covenant, Scott had talked about the Engineers returning to the aftermath of what David had done to their people. How would you feel about a new film returning without the actual Aliens, but instead focusing on the Engineers?

Thanks to Stolen for the news! Keep a close eye on Alien vs. Predator Galaxy for the latest on all things Alien! You can follow us on Facebook, Twitter, Instagram and YouTube to get the latest on your social media walls. You can also join in with fellow Alien fans on our forums!