As we speculated in our post about Patch 2.0, Illfonic has officially announced the next paid DLC as Dutch ’87! In addition to Dutch’s appearance from Predator, we’ll also be getting early access to Dutch’s M16 and Underslung grenade launcher (called Mercenary weapon for Hunting Grounds)!

Back in May we brought you Dutch 2025, but Predator: Hunting Grounds would not be a true love song to the ’87 Predator film if we didn’t bring the community a classic Dutch playable character. The opportunity to tell a new story with Dutch, and to represent his iconic look was so good, we had to do both! And just like Dutch 2025 you will get all the character lines voiced by the one and only. This Paid DLC will also get you 8 tint customizations and early access* to Dutch’s fully automatic, hard-hitting Mercenary weapon featuring an underbarrel grenade launcher and steady hip firing action. 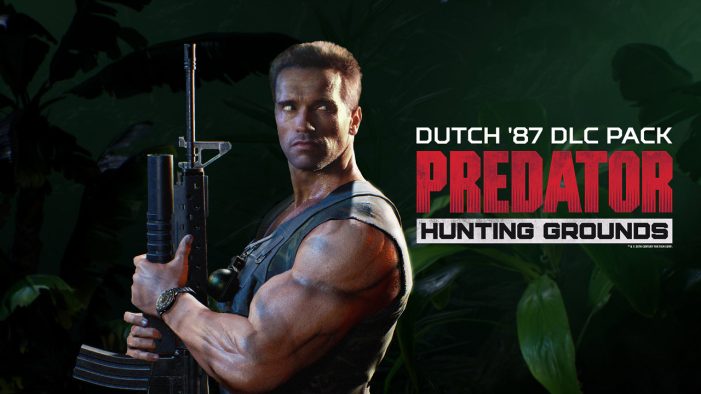 The paid DLC has typically been released on the 28th of the Month, but it looks like Dutch ’87 will be out on the 1st of September, meaning that we wont actually be seeing any paid DLC for August. 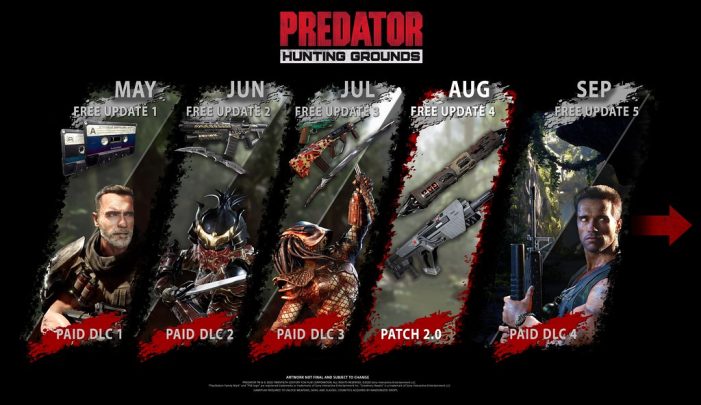 Patch 2.0 is currently slated for release on the 28th of August, and it has now been announced that Illfonic will also be launching a trial weekend on the PlayStation 4 (I didn’t see any mention of Epic) so now’s a chance to try and convince any fellow Predator fans sitting on the fence about the game.

And don’t worry, the progress you make over the Free Trial Weekend will carry over if you decide to purchase the game.