After much uncertainty and radio silence regarding the fate of Cold Iron Studios and their in-development persistent online Aliens shooter after the studio was sold to Scopely as part of a huge deal following Disney’s purchase of 20th Century Fox, we now know that Cold Iron has found a new home at Daybreak Games!

Cold Iron Studios co-founder Craig Zinkievich will continue to lead the studio and the development of the Alien game, reporting to Ji Ham, CEO of Daybreak Games. The game promises to deliver an action-packed, sci-fi shooter experience unlike any other game on the market.

“We’re incredibly proud and excited to be part of the Daybreak family,” said Zinkievich. “Daybreak and Cold Iron share the same passion and long history for delivering action-packed multiplayer games for audiences worldwide. In combining our decades of experience developing and launching globally successful multiplayer titles, we’re destined to make great games together.” 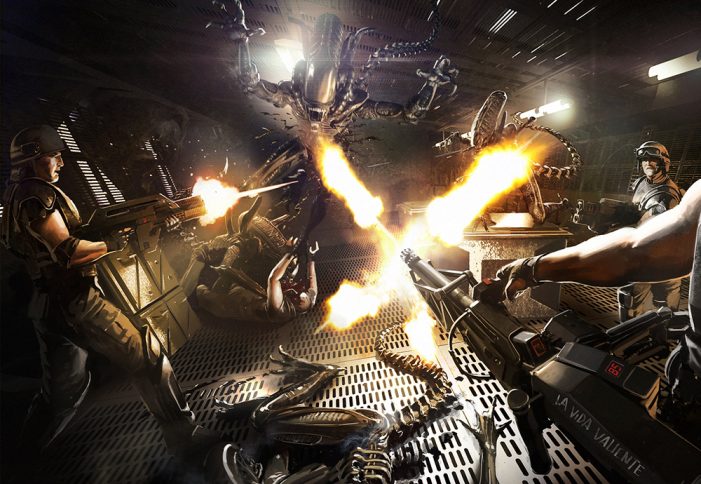 It was reported at the start of the year that while Cold Iron was sold to Scopley as part of the sale of 20th Century Fox’s entire gaming arm, Cold Iron didn’t exactly fit into Scopley’s portfolio as they were known primarily for mobile games. From what we know of Cold Iron’s Alien game – “action-packed persistent world” and a “massively multiplayer online shooter,” Cold Iron seems more at home with Daybreak Games who are known for publishing online focused games such as H1Z1 and DC Universe Online.

Details about the game are still sparse. Aliens: Infiltrator, a prequel to the game, is currently slated for release on October 20th this year. Possible details on the game “leaked” on 4chan back in May, where the user claimed to have insider information regarding plot and game play mechanic details.

The timeline is set several years after Aliens, and immediately follows Alien: Infiltrator. You play as one of several Colonial Marines aboard the USS Henley-in-Arden (acting as the main hub world) with Destiny/Borderlands-style character presets. You’re tasked with making regular trips onto a backwater planet after Pala Station crashes into the surface, unleashing Aliens which wreak havoc on the local Colonies and crossbreed with wildlife.

Monetisation for cosmetics, such as skins, armour decals, weapons, allow for plenty customisation options. Plenty of Easter eggs from the franchise too.

Hopefully now that Cold Iron has found a new home at Daybreak, we’ll start to see some press regarding the upcoming game!