What better way to celebrate Predator’s 33rd anniversary than with news of new Predator goodies?! Following the news of the Alpha Predator DLC’s inclusion in the physical figures, Illfonic has just announced a new update for Predator: Hunting Grounds that sees the level-cap raised, and a very wise Greyback as your prize when you hit the new cap!

In addition, we are increasing the level cap to 150. We have heard from quite a few of you that you have hit 100 and we want to make sure there is more for you to do. Also, congrats on hitting 100! To reward players for climbing to these higher levels, we have added chase items that will unlock at milestones throughout the journey to level 150. Platinum Predator armor and mask tints are rewarded for reaching level 100, followed by Fireteam Knives and the Hammerhead assault rifle. Once players reach level 150, they will gain access to the Elder Predator class as well as Golden Predator armor and mask tints. We have also added a special set of Elite Fireteam weapon shaders that unlock once you reach weapon level 10 for each gun. 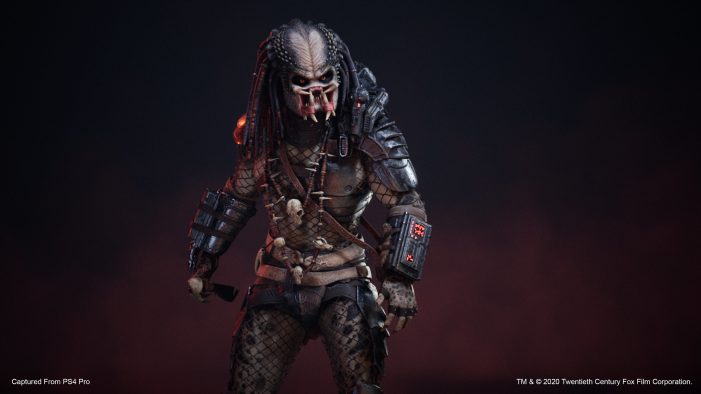 In addition to Greyback, Dutch’s Hammerhead and knife from May’s DLC are now available to unlock through play, alongside shaders for many Fireteam and Predator items!

As always you can find the full patch notes over on Illfonic’s forums. And that’s not all! Illfonic have revealed that June’s DLC will be the Samurai Predator! This new Predator looks to be based on Prime Studio’s Sengoku Predator and will be available from the 30th of June! 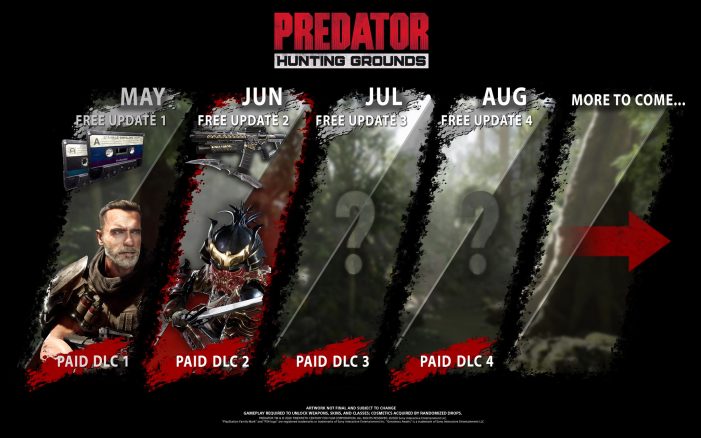 Be sure to check back in Alien vs. Predator Galaxy later today for a new episode of the podcast where we discuss the game. And keep an eye out for a new interview with Illfonic’s Chief Creative Officer Jared Gerritzen later this month!