Following Alien’s defeat of Star Wars in week 4 of LA Time’s Ultimate Summer Movie Showdown, Sir Ridley Scott discussed his work on Alien with the newspaper. And tucked away at the bottom of the interview was another expression of interest in Scott’s desire to continue making Alien films.

“I still think there’s a lot of mileage in ‘Alien,’ but I think you’ll have to now re-evolve. What I always thought when I was making it, the first one, why would a creature like this be made and why was it traveling in what I always thought was a kind of war-craft, which was carrying a cargo of these eggs. What was the purpose of the vehicle and what was the purpose of the eggs? That’s the thing to question — who, why, and for what purpose is the next idea, I think.” 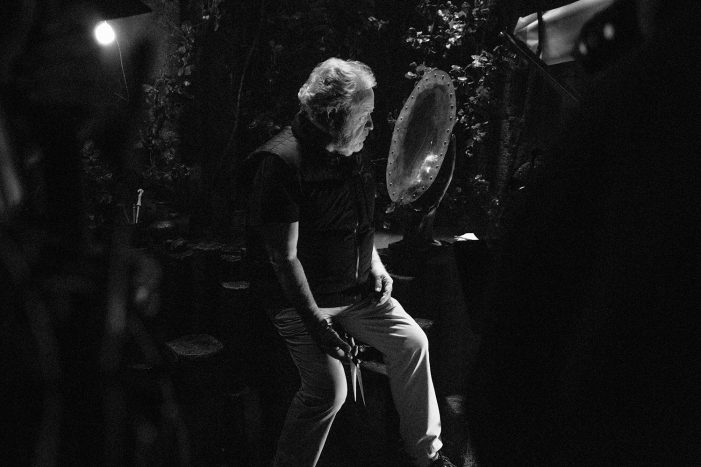 “You can see them wink the other eye at the man who broke the bank at Monte Carlo.” Sir Ridley Scott on the set of Alien: Covenant. Photo by Matt Thorne.

Though he explored the Space Jockeys in Prometheus, and Alien: Covenant answered the “who” of the Alien’s creation, it would seem Scott is currently interested in exploring the “purpose” of the Aliens if and when he returns to the series.

When Scott last spoke about the sequel, in an interview with The Hollywood Reporter in celebration of Alien’s big 4-0 last May, he again reiterated his desire for the Alien (both series, and creature) to evolve.

Ruminating on the immediate future of the Alien franchise, now that Disney has acquired 21st Century Fox, Scott confirms that there are discussions for future installments, but warns that if the basic premise of “the beast” does not evolve like the Xenomorph itself, the “joke” gets old.

“You get to the point when you say, ‘Okay, it’s dead in the water,’” he says. “I think Alien vs. Predator was a daft idea. And I’m not sure it did very well or not, I don’t know. But it somehow brought down the beast. And I said to them, ‘Listen, you can resurrect this, but we have to go back to scratch and go to a prequel, if you like.’ So we go to Prometheus, which was not bad actually. But you know, there’s no alien in it, except the baby at the end that showed, itself, the possibility. I mean, it had the silhouette of an alien, right? The alien [origin concept] is uniquely attached to Mother Nature. It simply comes off a wood beetle that will lay eggs inside some unsuspecting insect. And in so doing, the form of the egg will become the host for this new creature. That’s hideous. But that was what it was. And you can’t keep repeating that because the joke gets boring.”

You can watch the full hour long interview with Scott over on the Los Angles Times YouTube channel!

Related News Posts
Ridley Scott Reminisces Alien for 40th...
‘That’s In Process’ –...
“I Think The Beast Has Almost Run Out,...
Ridley Scott Admits He Was...
“I think AI is Becoming Much More...