It is with much sadness that I have to share the news of the loss of another member of the Alien family. Charles Lippincott, the publicist who worked on the original Alien, has passed away following a heart attack. Bumpy, his wife, shared the unfortunate news via Charley’s Facebook page.

I’ve been having a difficult time so it’s been hard for me to be coherent.

Charley has been in the ICU on a ventilator since Thurs night. After 48hrs, they tried removing the ventilator to see if Charley could breathe on his own. He could not. That was when I hoped for an Act of God, for the Force to flow through him, healing him and making him one with the Universe.

Charley had some kind of Covid-19 premonition that if he went to the hospital, he would probably die. At first, it frightened him, but then he became reconciled because he felt he had lived a full and rich life. Charley thought he had been blessed. He lived a good life, a full life, and was luckier than most. Oh, he wanted to continue living — there were things he still wanted to do — but he realized many of his peers were dying, and if the end came, it would be alright because he had had a full, rich life.

Earlier that Thurs — probably because the bacteria had been building, and seniors get disoriented when they have infections — Charley was happy because he thought we were waiting to go backstage at a concert. I couldn’t figure out who was playing, but he was happy because it was somebody he liked. I went to the cafeteria to get a snack, and when I got back, his eyes were closed and he was ready to sleep so I read him some fb posts. He got really angry over Ahmed’s murder and the persecution of blacks. That was my last conversation with him. Him being angry over how backwards our country still was. After that brief perk, he closed his eyes and went to sleep.

I left, then a couple of hours later, he had a heart attack, and the rest is history.

Today, my update for you is Charley’s EEG has come back flat. This means he no longer has brain activity.

I want to think his spirit has joined the 90,000 plus who have left this planet, who have entered the cosmos like Asimov’s stream of light. I think Charley would have liked that. The company of many, leaving behind their earthly bodies. He wanted to go beyond, and has done that. There are many Covid-19 deaths, and each death was a Charley to the people who loved them.

With that thought, I thank you, Bumpy 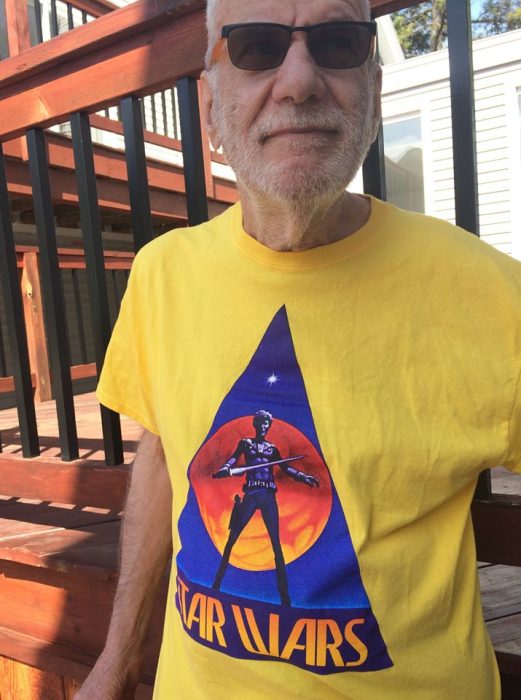 I’ve had the pleasure following Charles on Facebook and Twitter for some years now, and he was frequently posting publicity stills and sharing anecdotes from him time working on Alien – and his other films, such as the original Star Wars and Judge Dredd. Charles had also been working with Titan to publish a book collecting all of Bob Penn’s on-set photography from Alien.

Charles will be missed. The thoughts of the Aliens vs. Predator Galaxy staff and community go out to Charles’s family and friends. Rest in peace, Charles.