Things continue to be quiet on the news front for Cold Iron Studios’ persistent online Aliens shooter. Following the Disney/Fox merger, Disney then sold the game’s publisher, FoxNext, to Scopley, who is best known for their mobile games.

Cold Iron Studios didn’t seem to fit into Scopley’s portfolio, and it was reported that they would be looking to sell the studio following the purchase. However, there has been no further news regarding a potential sale of Cold Iron or the status of their Alien game.

Now according to an anonymous post on 4chan, work still continues on the game despite the radio silence, and that the development was put back several months following the merger. The user also shared some supposed plot and mechanic details about the game!

The timeline is set several years after Aliens, and immediately follows Alien: Infiltrator. You play as one of several Colonial Marines aboard the USS Henley-in-Arden (acting as the main hub world) with Destiny/Borderlands-style character presets. You’re tasked with making regular trips onto a backwater planet after Pala Station crashes into the surface, unleashing Aliens which wreak havoc on the local Colonies and crossbreed with wildlife.

Monetisation for cosmetics, such as skins, armour decals, weapons, allow for plenty customisation options. Plenty of Easter eggs from the franchise too.

We are unable to verify any of this information ourselves (outside of the station name from the novel synopsis), but if true the similarities to Destiny and Borderlands are expected due to the game’s description as a persistent online shooter. 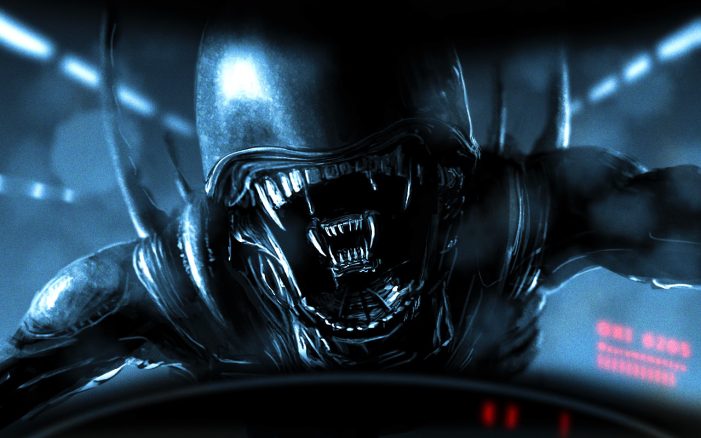 News of Alien: Infiltrator is actually the most recent solid news we’ve heard regarding the game, with the novel serving as prequel to Cold Iron’s narrative. Though originally slated for release in June, the novel have since had its release date pushed back to the 29th of December.

StudioYutani recently had the pleasure of chatting to Infiltrator author Weston Ochse for their AlienDay celebrations. Though he couldn’t talk much about the novel or the game, Ochse did reveal that Infiltrator would feature new variants of Alien that may appear in the game and that though not the main characters of the book, Pala Station did have retired Colonial Marines aboard.