A big thank you to the hundreds of you who entered! But to paraphrase Highlander, there could only be two! And congratulations to our two winners – Aaron Wagner and Andrew Rodes! Your codes have been emailed you.

It’s competition time! And Alien vs. Predator Galaxy and Illfonic are teaming up to give away two copies of Predator: Hunting Grounds on the PlayStation 4!

“Predator: Hunting Grounds is an immersive asymmetrical shooter set in remote areas, where the Predator stalks the most challenging prey. Play as a member of an elite Fireteam and complete paramilitary operations before the Predator finds you. Or, play as the Predator to hunt the most worthy prey, choosing from your vast array of deadly alien tech to collect your trophies, one by one.”

If you’re not one of the lucky two, Predator: Hunting Grounds is available to purchase on the Epic Store (for PC) or on the PlayStation Store! Hunting Grounds officially releases tomorrow on the 24th of April. Be sure to subscribe to the Alien vs. Predator Galaxy YouTube channel as we’ll be livestreaming the game over the weekend! 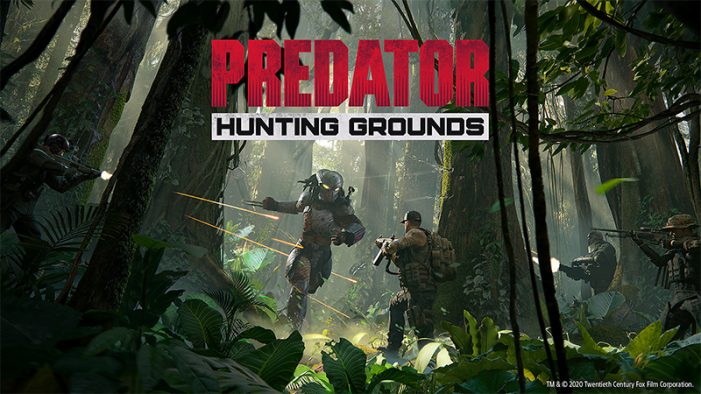 All you have to do to enter is tell us which character in the original Predator (other than the actual Predator himself) that Kevin Peter Hall played?

If you are experiencing issues with the above form, please email your answer to competition-at-avpgalaxy.net