While he may have turned down a small role in The Predator (and really, can anyone actually blame him in retrospect?), it seems like Arnold Schwarzenegger is set to return to the Predator franchise with some voice-over work in an upcoming Predator game!

Arnold recently appeared at The Arnold Sports Festival in Columbus last weekend where The Arnold Fans were on hand to cover what Dutch himself had to say. And when asked about if he watched his own films, Arnie talked about how he had recently watched through Predator after seeing it on TV. He then spun off to tell the audience that the following week he’d been approached about lending his voice talent to a new Predator game!

“The other day Predator came on, and I said to my girlfriend, “Let’s watch the beginning.” And we ended up watching the whole thing because it still held up today. Other movies don’t hold up, but movies like Predator and the first Terminator really hold up, and it was really fun to watch. Interesting enough, a week later I was asked to do some voice-over for a video game that is coming out about Predator. So it was great that I watched it to get back in that mood again to do the voice-over.” 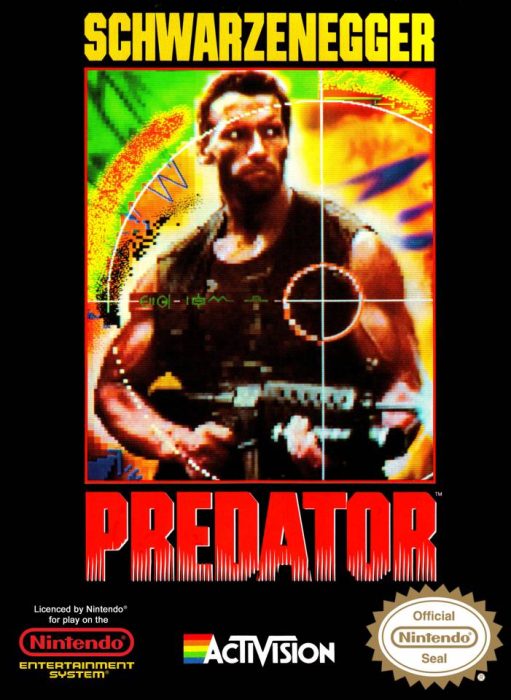 Arnie graces the cover of the NES Predator game!

The most reasonable conclusion would be that this is for Predator: Hunting Grounds and not a new, yet to be announced Predator game (though we certainly wouldn’t argue with more). Content based on the original movie has previously been announced, perhaps indicating we could be seeing skins based on Predator’s human characters.

Or perhaps Dutch is involved in the story framing around the missions, and he is providing some form of overwatch through our player’s ears? Hopefully we’ll be finding out soon! Thanks to Alien Theory and Joblo for the news!

“The Dogs of Perdition Are At Your Door,” Reviewing Alien: Revival and Alien: Annual #1 – AvP Galaxy Podcast #149
By Hicks (15-Aug-22)
Latest FeaturesInterviews