The new trailer features the debut of the Predator’s netgun, what appears to be an AA-12 (like Royce uses in Predator), footage of a Fireteam member blocking a Predator strike with his knife and we get a quick look at Ol’ Painless too! The new announcement also confirms crossplay between the PC and PlayStation!

“I am so excited to announce we will be running a trial weekend for Predator: Hunting Grounds, starting on March 27, and running through March 29. The Trial will be open to PS4 players with a PlayStation Plus membership and PC players as well via Cross-play support. Just hop to PlayStation Store, download the Trial, and start hunting!”

The Trial version will be available to download on March 27 in Japan at 3pm JST, in Europe at 4pm GMT, and in North America at 5pm PST. This Trial version will be a newer build of the game than the Pre-Alpha that Illfonic and Sony have been touring around the various gaming conventions, and be more representative of the final product. Please be sure to keep a close eye on our YouTube channel as we’ll be streaming all weekend! 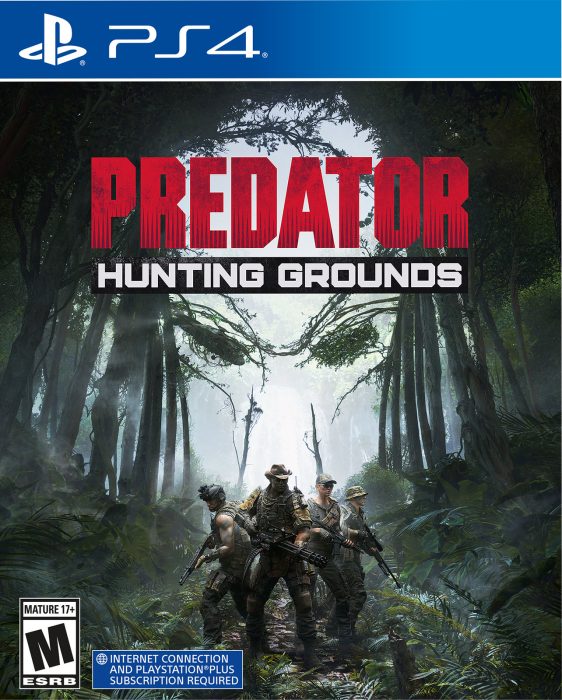 Alien vs. Predator Galaxy recently had the pleasure of chatting to Illfonic CEO Charles Brungardt and Chief Creative Officer Jared Gerritzen about Predator: Hunting Grounds on our podcast. If you haven’t already, be sure to give it a listen! We were also on hand at EuroGamer 2019 to try the Pre-Alpha build of the game. That is available to read here.

Thanks to molasar and Xenomorphing for the heads up! Make sure you stick with Alien vs. Predator Galaxy for the latest news on Predator: Hunting Grounds! You can follow us on Facebook, Twitter, Instagram and YouTube to get the latest on your social media walls. You can also join in with fellow Alien and Predator fans on our forums!