Following on from his work on The Predator: Hunters and Hunted, the prequel novel to The Predator which I think was far superior to the film, James A. Moore is returning to the world of Predator to help set the stage for Illfonic’s Predator: Hunting Grounds!

This official prequel novel leads into the new Playstation 4 video game from IllFonic. PREDATOR: STALKING SHADOWS is the bridge between Predator 2 and the current day continuity. U.S. Marine Scott Devlin takes on a new assignment that begins with the clean-up of a Los Angeles combat scene revealing what appears to be alien weapons and tech. His next mission, to an equatorial jungle, seems like an assault on a drug cartel until his team finds human bodies, skinned and suspended from the trees. Justifiably freaked out, Devlin digs deeper and discovers hidden truths, clandestine agencies, savage opponents… and an unexpected ally.

According to the Amazon product page, Predator: Stalking Shadows is due out May 26th 2020. The upcoming prequel novel is available to pre-order from both Amazon US and UK. We don’t currently have a release date for Predator: Hunting Grounds but it is expected around mid-2020. 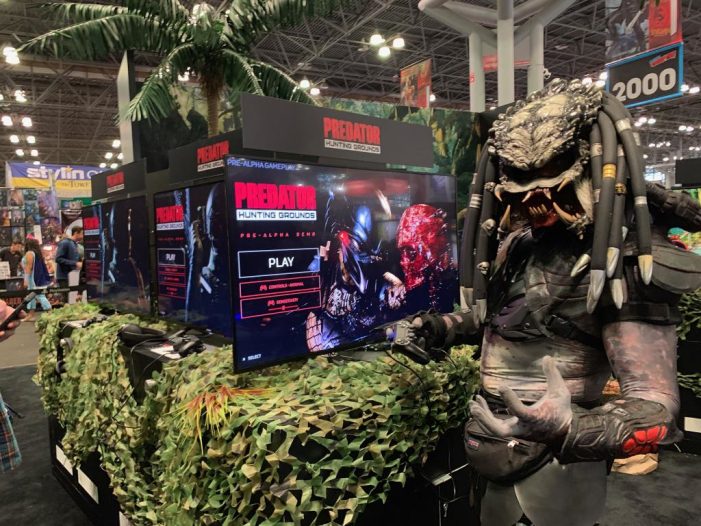 We previously had the pleasure of chatting to Jim about his work on The Predator: Hunters and Hunted for the Alien vs. Predator Galaxy Podcast. If you haven’t already checked that out, be sure to head on over and have a listen! Thanks to felix for the news!

Make sure you stick with Alien vs. Predator Galaxy for the latest Predator novel and Predator: Hunting Grounds news! You can follow us on Facebook, Twitter, Instagram and YouTube to get the latest on your social media walls. You can also join in with fellow Alien and Predator fans on our forums!