We have just uploaded the 94th episode of the Alien vs. Predator Galaxy Podcast (right-click and save as to download)! Our latest episode features regular hosts Corporal Hicks, RidgeTop, and Xenomorphine discussing the original Alien! Originally intended for release on Alien’s 40th anniversary in May, our retrospective is now available to listen to on the 40th anniversary of Alien’s general release in the UK! 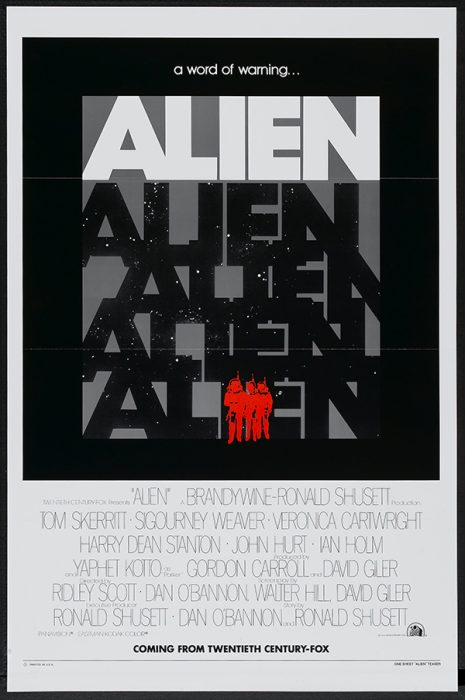 This episode was originally recorded back in May and was intended to be our 90th episode, but due to quite a few difficulties in getting this one scheduled and recorded it got delayed. When we were finally able to record it, it was late at night for me and when it was finished I felt like we’d done a bad job and intended to re-record it. Upon listening to the recording to edit what good we’d done, I discovered we’d done a good job and it was just my tired memory colouring the recording!

We discuss our first memories of seeing Alien, the scenes that really define Alien to us, whether the impact of Alien has been lessened by being emulated so many times, the relatability of the characters and plenty more!

During the podcast we mention the character bios that were written for Alien and then featured in Aliens during Ripley’s hearing. You can head on over to Strange Shapes to check out transcripts of those bios!

What did you think of our latest episode? Be sure to let us know down below! You can also listen to any of our previous episodes in the Podcast section under the News tab on the main menu. The Alien vs. Predator Galaxy Podcast is also available via iTunes, PodBean, GooglePlay Stitcher, YouTube and now Spotify! Please be sure to leave a review on whichever platform you’re using!

Related News Posts
In Town With A Few Days To Kill, Predator 2...
There Are Some Places In The Universe You...
Alien: 40th Anniversary Shorts Review...
AvPGalaxy Podcast #55 – Predator 30th...
Predators 10th Anniversary Retrospective...