It’s safe to say that last year’s The Predator was not exactly the resounding success we were hoping for.

While the movie did have its merits, a surprising controversy, disappointing box office results, and mixed to negative reviews all but ensured that any plans for a sequel to Shane Black and Fred Dekker’s vision for the franchise would likely be abandoned.

Earlier this year, Co-Writer Fred Dekker expressed his disappointment with the fan reaction to the film and its tacked-on ending, but just recently he sat down with Moviefone for an in-depth interview on how he feels the re-shoots affected the final product:

“At some point or another, the studio, I think, and I’m not pointing fingers at anyone in particular, but there were these misgivings that we were straying too far from what people expected the movie to be. And so we sat down and went, “I guess we need to do a hunt and it needs to be at night, so it’s scarier.” So we ended up going in that direction, which I don’t think served us because it didn’t top anything we’d seen before. I’m actually quite pleased with the first half of the movie, but it kind of goes off the rails by, and Hollywood does this all the time by, trying to appeal to everyone, you appeal to no one.” 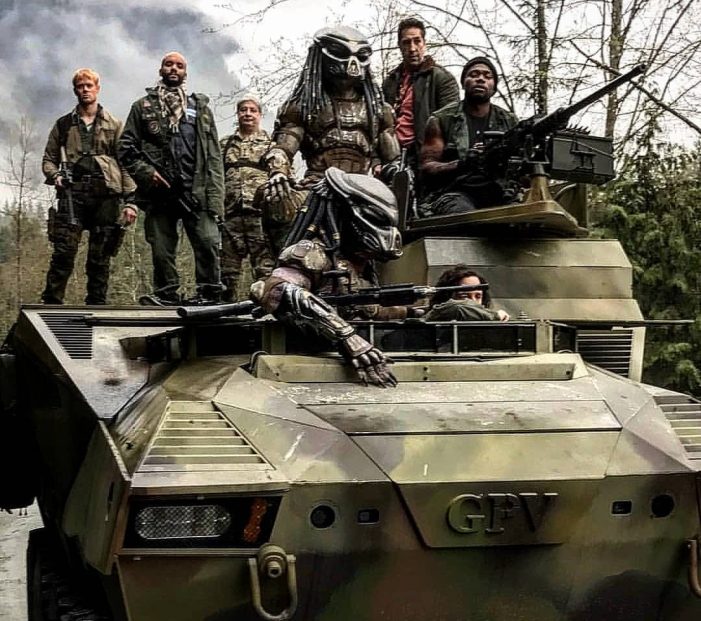 It’s a shame that it seems Dekker and Black’s creative vision for the film was compromised by studio involvement. While additive re-shoots can sometimes help a film become more cohesive, all too often these days they are massive cuts and changes to the planned story to try and increase mainstream appeal.

Dekker also discussed how the original third act panned out, involving the ‘Emissary Predators’ teaming up with the film’s hero gang ‘The Loonies.’ to fight a group of hybrid-monsters:

So our idea was that their planet is dying. And so they’ve decided to take what previously was explored, which is to dope up creatures with the DNA of other types of predators from alien worlds and create new targets for their hunt. But now they realized, well, hey, we need maybe to upgrade ourselves just to survive. And then they go to themselves, well, hey, earth is warming up. We like a warm environment. Maybe we should move in. So the premise of the movie is that in the third act was these two predators come aboard the ship and everybody’s freaking out and the predators actually want to communicate. They want to say, “Hey, we’ve got a problem, you have a problem. Maybe we should team up.”

The interview is actually quite extensive, touching on more topics such as their attempt to get Arnold Schwarzenegger to film a cameo for the ending. Head on over to Moviefone to read the whole thing.  If you’re more curious about the many story elements cut from The Predator, be sure to check out our analysis into the deleted scenes.