Back in October of 2016, Ralph Brown shared a very candid post on his blog about his nightmare experiences while working on Alien 3. The content of the post came from diaries he kept while working on the film and detailed a lot of issues he had while portraying Aaron, such as his poor relationship with Sigourney Weaver.

After several years, Ralph has uploaded another fantastic and cadid blog post in which he continues to share his experiences working on the extremely (putting it lightly) troubled production that was Alien 3. In addition to talking about exploring the Pinewood studios with his fellow cast, he also goes into further detail about that tumultuous relationship with Sigourney.

One day on set Sigourney and I had a scene on a balcony, after the fire. Men had died.  The Alien was trapped, locked in a loading bay. Dutton and his men were praying below us.  The scene wasn’t going well.  But we got it at around 8.00pm and Fincher pulled me aside.  “Dude.  She vampired that scene. Don’t worry I can cut around what you did, we got it.  But you’re letting her get to you.”  I think I said that I was trying to stand my ground.  “If you ever need to leave the set, take five minutes, regain your centre, just say it OK?  I got your back.”  It was another welcome acknowledgement that I wasn’t paranoid.  I went home, cuddled my lady and gritted my teeth for the long haul.  I had to try and protect my performance at the end of the day, that was what mattered. 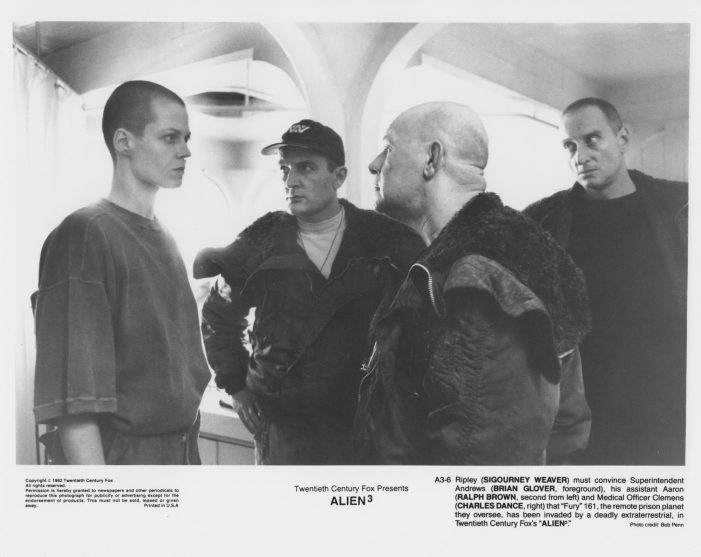 Ralph also discusses his interactions with the other crew, his experience with ADR on Alien 3 and plenty more! Head on over to Ralph’s blog to check out the entire post! If you haven’t already, make sure you also check out his first post about Alien 3! Thanks to @BwmMarketing for the heads-up.