A wonderful thing about Alien Day and the time around it is that it is used by more than just official outlets as a day to celebrate Alien, it’s also used by Alien fans to launch their own projects. One such project is Olethros! A 13 issue Alien/Prometheus fan comic by Devan Gill, Olethros is aiming to tell the story of what happened between Alien: Covenant and Alien!

“Before Olethros, I was never a heavy proponent of fan fiction, nor did I feel compelled to do something this ambitious. Ever since I watched the original film as a kid, I became very invested in the Alien universe on a creative and intellectual level. The first two movies by themselves were/are outstanding, but I also found the creative process behind them, even the more maligned sequels, to be extremely fascinating. In a way, you could say Alien3 is responsible for Olethros because that particular story went through so many changes that to this day there isn’t a solid consensus in regards to which take was ultimately better. Some say William Gibson’s version is superior to the final product, or others will get behind Vincent Ward’s take, or even Mark Verheiden’s comics, which predated the movie itself. That’s when I realized the Alien universe is more amorphous than other well-established franchises, and that there is a lot of room for multiple takes to coexist with each other. It’s all in the eye of the beholder.

Obviously, when Covenant fell short of the studio’s expectations and a lot of doubt was cast upon the future of the prequel saga, I felt compelled to use my skillsets as a writer/artist and finish the story. If by some miracle Fox grants Ridley Scott the opportunity to finish it his way, that will become canon, but it won’t diminish what I’m trying to accomplish because it’s an entirely different story with a lot of new characters and situations. Olethros would merely join the pantheon of alternate stories that fans can enjoy on its own merits. On top of that, next year will mark the 40th anniversary of the franchise, so it has galvanized me to deliver something really epic that the fanbase can savor for 13 months.” 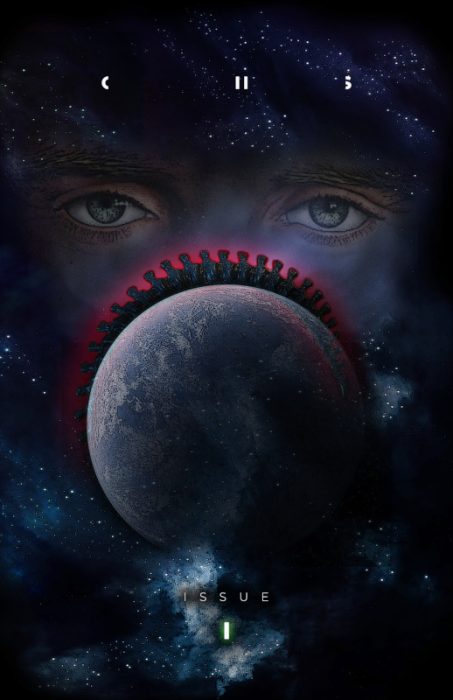 The first issue is now available to read over on Olethros’ website! You can also head on over to the series’ Facebook page to keep up-to-date on the project and learn more about the series.