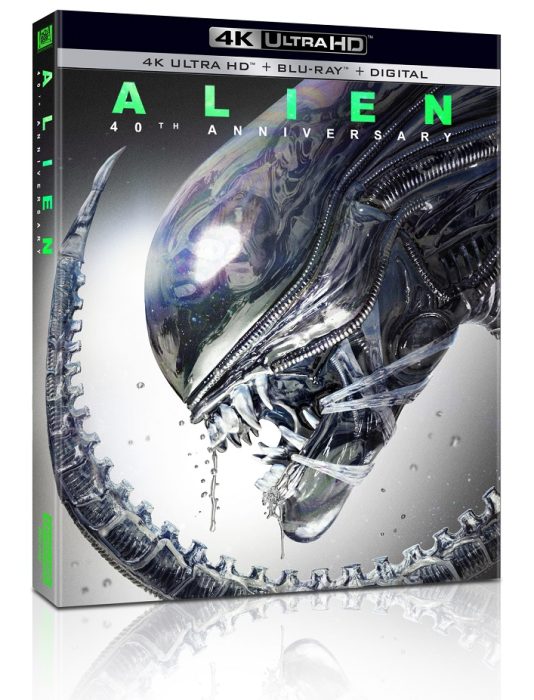 The key feature of the Alien 40th Anniversary release is of course the brand new transfer which was scanned in native 4K from the original camera negative at EFilm. Ridley Scott and Pam Dery at Company 3/Deluxe Entertainment Services Group supervised the restoration. The film was graded for high dynamic range in HDR10 and for the new standard HDR10+.

Bear in mind the Alien Theatrical Version was scanned at 4K while the Director’s Cut footage comes from the 2003 scan which means it has less detail. It’s blended together seamlessly though so I don’t think most people would notice. The most striking thing you’ll notice in the new 4K transfer is the new colour grading. In the original releases, it looked a lot warmer but now, it’s probably more faithful to the original theatrical release. 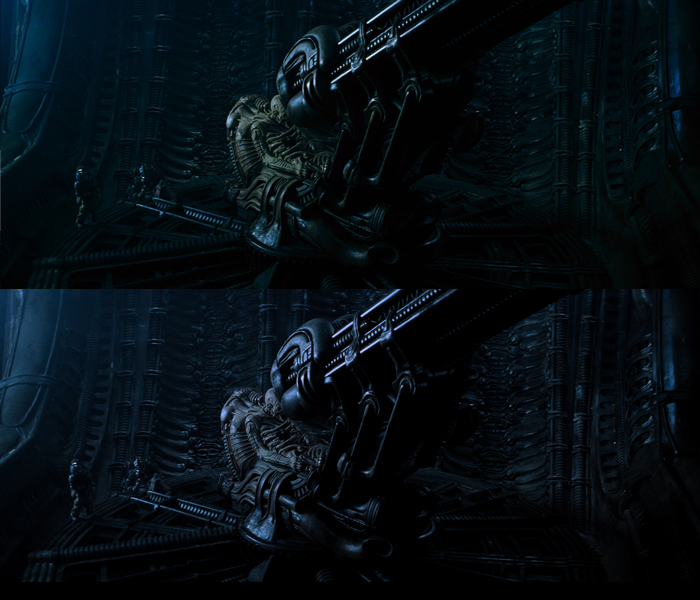 The release comes with the 1979 Theatrical version of Alien as well as the 2003 Director’s Cut. Both of Ridley Scott’s commentaries for both versions of the film are included as are the Isolated Score for the Theatrical version and the composer’s original score. A few deleted scenes are ported over from previous releases but there isn’t any new bonus features. Despite some early rumours to the contrary, the recent Alien Short Films are not available to watch on the discs.

The article on Digital Bits does theorise about when we will see the other three Alien movies in 4K and the answer is not to expect them any time soon. Any 4K remaster of Aliens will need James Cameron’s approval and he is way too busy with the Avatar sequels. The 35th Anniversary of Aliens is two years away so we’ll be lucky to see it before then and the article speculates we may never see 4K remasters of Alien 3 or Alien Resurrection. Will you be picking up the new Alien 4K Blu-Ray set? For those who haven’t ordered it, you can get it here on Amazon (£23.95/$14.96).