Though we’re celebrating 40 years of Alien, Reebok is bringing back the Alien Stomper shoes featured in Aliens and modelled by Ripley and Bishop. Reebok originally released a high-top and mid-top version of the shoes for Alien Day 2016 but they quickly sold out.

They also brought out 2 custom designed pairs for 2017’s celebrations. But for Alien Day 2019 Reebok is bringing Bishop’s mid-top styled pair back to the market!

Not quite as extravagant as the ultra high-cut pair worn by main hero Ellen Ripley in the film, this pair is a much more wearable height. The shoe maintains its OG appearance with a cream leather upper, grey suede on the heel and strap, large midfoot strap, and red detailing. Reebok branding can be seen on the lateral and medial portion of the strap, ankle strap, and heel. 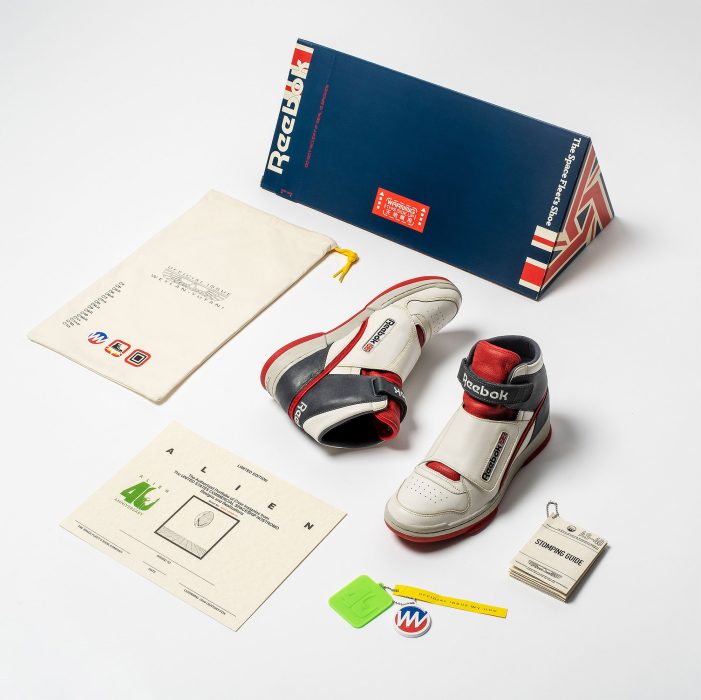 The Alien Stomper Bishop Edition “40th Anniversary” will be available on Alien Day for $180 from selected retailers. There doesn’t appear to be an official list of the retailers just yet but keep your eyes peeled!