With just over 2 weeks until the fourth official Alien Day celebration (and the release of the last two Anniversary Shorts), the Alien Universe website has been updated with details of what to expect from Alien Day 2019!

Highlights include a comprehensive and definitive volume on the making of ALIEN from Titan Books, a new line of Alien Pop! Figures from Funko, limited edition giclée prints from Acme Archives & Dark Ink, and a selection of apparel and merchandise sure to please the most discriminating Alien collector from Shop.FoxMovies.com

You can head on over to the Alien Universe website to check out the full list of what to expect. 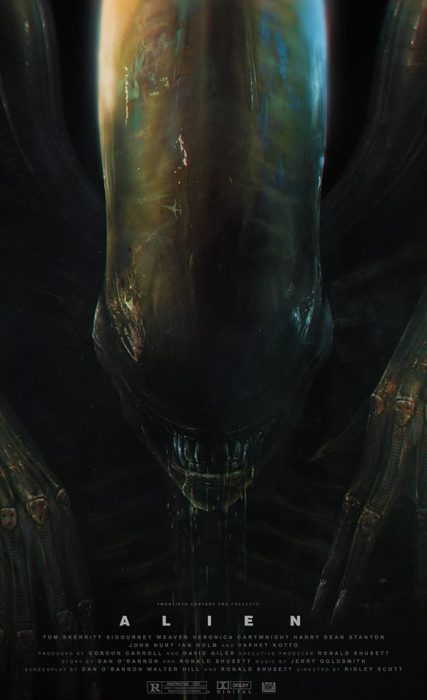 In addition to the announcements and new products, fans are encouraged to share the stories of their most memorable encounters with the original Alien throughout Alien Day!

To celebrate the 40th anniversary, we want YOU to submit your first/best/favorite memory of Alien (1979). Was it your first R- rated movie? Did you see it in theatres/VHS/Blu-Ray/Digital? Was it a first date? What scene stood out the most? Did it inspire you to work in the industry? What makes it so universal and relevant 40 years later?

For the chance to be featured on the official Alien channels, you can submit a video, or even a visual photo that demonstrates your love of Alien! We want to hear from everyone and anyone!