We have just uploaded the 83rd episode of the Alien vs. Predator Galaxy Podcast (right-click and save as to download)! Our latest episode sees regular hosts Corporal Hicks, RidgeTop and Xenomorphine joined by community member Ultramorph to breakdown and review the latest Aliens comic series, Aliens: Dust to Dust! Beware spoilers! 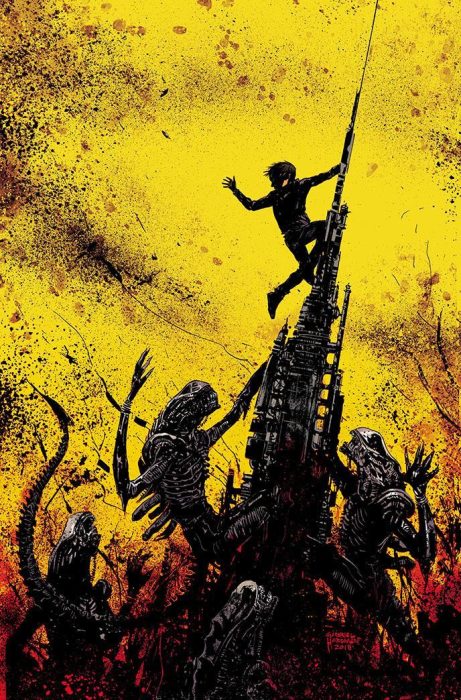 We discuss the series’ controversial DNA reflex inclusions, world-building through design, individualising Aliens, the technicalities of ambiguity and plenty more! And, of course, the usual side tangents related to other comic and the expanded universe in general such as the Big Deletion!

At one point we talk about Aliens: Earth War/Female War but don’t know who the colourist was. Monika Livingston did the colouring for the original run and then it was later recoloured by Sam Keith himself for later collections of the series.