Alien will be coming back to theaters in the United States for an anniversary screening this October. From Fathom Events and presented by Turner Classic Movies ‘Big Screen Classics’ series, the movie will have screenings on three days: October 13th, 15th, and 16th.

It’s unknown whether or not this will be the shiny new 4k transfer that the UK has recently had in their theaters, but it does specify that the screenings will include ‘exclusive insight’ from TCM. Here’s the description on Fathom’s site: 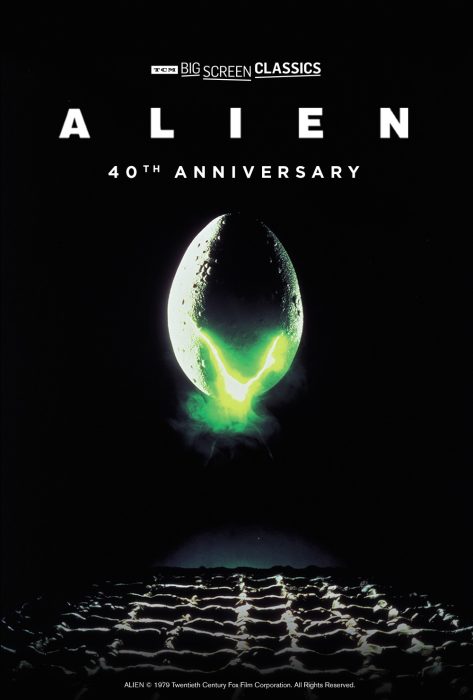 Tickets can now be purchased via Fathom Events or Fandango.

We’ve reached out to Fathom for more info and will update this post if we hear anything.

Keep checking in with Alien vs. Predator Galaxy for the latest on Alien! You can follow us on Facebook, Twitter, Instagram and YouTube to get the latest on your social media walls. You can also join in with fellow Alien and Predator fans on our forums!