Most fans of Predator know that the original design for the interstellar hunter character was quite different than what we ended up with. After some test footage was shot of the original creature design in Mexico, the production was put on hold and Stan Winston was hired to come to the set and redesign the Predator into what we know today.

Jean-Claude Van Damme was replaced by actor Kevin Peter Hall to play the Predator and various rumors have circulated as to why he left production. 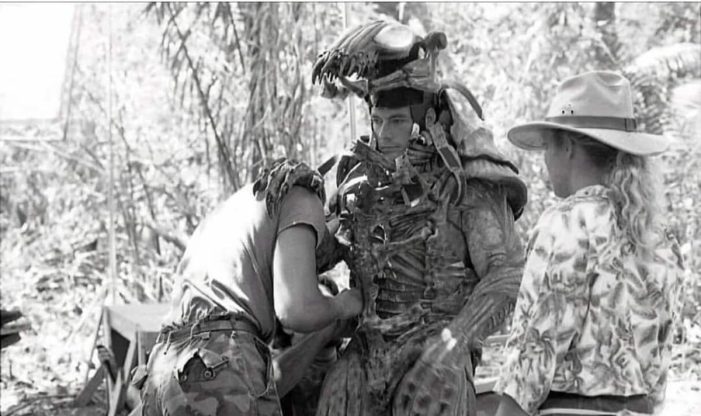 Jean-Claude Van Damme recently sat down with The Hollywood Reporter and elaborated as to his reasons why Predator didn’t work out, specifically he had safety and exhaustion concerns regarding the Predator suit:

“I came to the studio and they made me run around and I jump, and they say, ‘This guy can jump very high so yes, he’s in,’”

“I go to this place and they put me on sticks and woods and they start to melt all the cast on me, and it’s boiling hot. I like to breathe, you know? They’ve got to do my head and everything.”

“I’ve got my friend next to me and I said, ‘Man, I ain’t going to make it,’” he continues. “They put in my mouth a tube, and at that time I was just a stunt guy. I was covered in that cast for at least 20 minutes.” They told him, “‘If you feel like you cannot breathe, just go like this with your finger [gestures with his finger] and I’ll put it away from you.” They wanted him to go five more minutes but he could not.

“My feet were in these casts. When Joel [Silver] asked me to jump, I knew it was going to be a bad one. I said, ‘This is impossible, Joel. I think we’re going to have a problem.’ Then he replaced me,” recalls the 58-year-old actor. “The guy who did my stunts, something bad happened to him and then they did the more safe outfit.”

“I was happy that I listened to my intuition.”

Creature suit acting is often an intense and physically taxing experience. Brian Prince, who played the Fugitive Predator in 2018’s ‘The Predator’ passed out on set while wearing his suit.

Be sure to check out the full video interview over at The Hollywood Reporter.

Thanks to Bloody Disgusting for the news. Keep checking in with Alien vs. Predator Galaxy for the latest Alien and Predator news! You can follow us on Facebook, Twitter, Instagram and YouTube to get the latest on your social media walls. You can also join in with fellow Alien and Predator fans on our forums!