Though Aliens: Resistance is currently in the middle of its run, it seems Dark Horse Comics has more adventures in store for us featuring Amanda Ripley and Zula Hendricks. Coming exclusively from SyFy Wire, Aliens: Rescue has just been announced. This new comic will serve as a continuation of the story after the events of Resistance. Here’s the synopsis:

Alec won’t be alone though, as the popular tag-team of Amanda Ripley and Zula Hendricks will be at his side when he returns to the moon he was rescued from, now fully infested with xenomorphs. The story serves as a continuation from the Resistance story, as there will be plenty of development of Amanda and Zula, and a deeper exploration into the world shaped by Weyland-Yutani.”

Brian Wood, who wrote both the Defiance and Resistance comics, will also be scripting Rescue. This time he’s joined by artist Kieran McKeown for the pencils, and artists Mack Chater and Roberto De La Torre for the covers. Check out the cover for the first issue below. 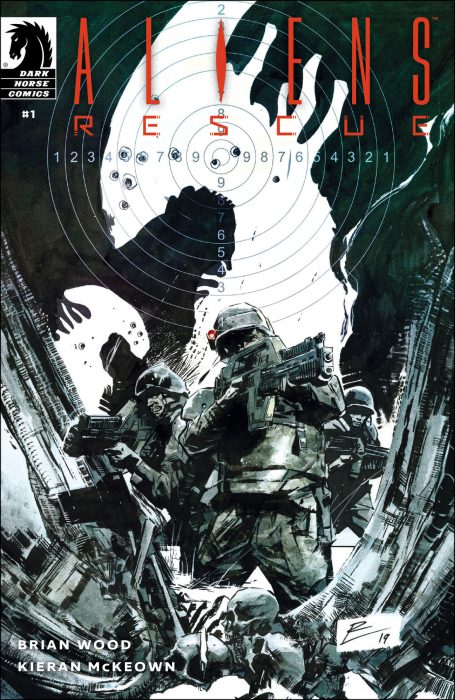 The first issue for Aliens: Rescue will drop on May 22nd, not long after the conclusion of the Resistance comic (#4) on April 24th.

There certainly seems to be quite a bit of Amanda Ripley focused content in store for us this year, with the mysterious ‘Watch’ part of FOX’s #ReadPlayWatch teases still yet to be revealed.

Are you excited to see Amanda Ripley and Zula Hendricks continue their fight against mega-corporation Weyland-Yutani? Let us know in the comments below!