The Sundance Film Festival is well under way in Utah, United States and as previously reported last year ‘Memory: The Origins of Alien’ documentary has made its premiere this week. Directed by Alexandre O. Philippe, this 93 minute documentary explores the origin of Ridley Scott’s Alien film from early conception to production. While not your run-of-the-mill featurette, it sounds like filmmaker Philippe took a more philosophical approach to Alien with references to Greek mythology and the creation of the Pyramids.

‘Memory: The Origins of Alien’ features swiss surrealist H.R. Giger and writer Dan O’Bannon’s work heavily with an interview with O’Bannon’s wife about his life and influences. We learn about O’Bannon’s original 29 page script from 1971, titled Memory. There are new interviews with the Alien cast including Tom Skerritt and Veronic Cartwright, though Sigourney Weaver is very much absent. Ripley is barely mentioned during the documentary, reportedly.

Director Ridley Scott didn’t take part either while H.R. Giger, Dan ’Bannon, John Hurt obviously only appear in archive footage. The documentary dives deeper into the iconic Chestburster sequence with new behind-the-scenes footage about how it was created in great detail. There is a very brief section at the end which looks to the future of the Alien series and what perhaps went wrong with Prometheus and Alien Covenant. 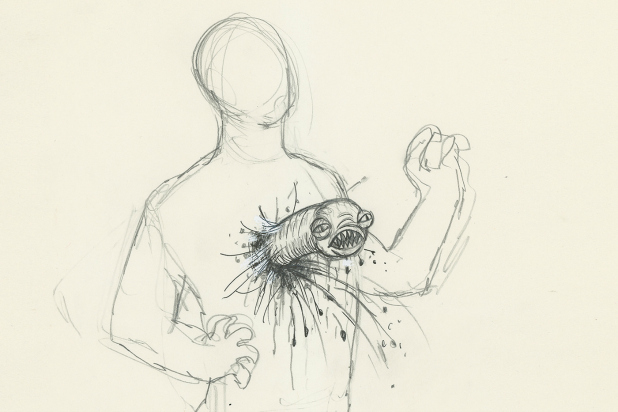 The documentary most likely won’t go beyond what we already know in the DVD/Blu-Ray features but there might be some new nuggets of information in there for us diehard fans. There’s no word on whether or not ‘Memory: The Origins of Alien’ will get a wider release at some point.