Earlier this week Dark Horse Comics’ solicitations for April were released, giving us our first look at the synopsis and cover art for the fourth and final issue of Aliens: Resistance! Beware spoilers.

Amanda Ripley and Zula Hendricks are engaged in a desperate battle on the jungle moon, losing the fight against genetically modified Aliens and synthetics for survival. One desperate, last-ditch, option remains, and the two women are forced to decide how much of a sacrifice they are willing to make.

In addition to Roberto De La Torre’s cover art below, you can also check out Tristan Jone’s awesome variant cover art! The fourth issue is currently expected to drop on the 24th of April, just before 2019’s Alien Day! 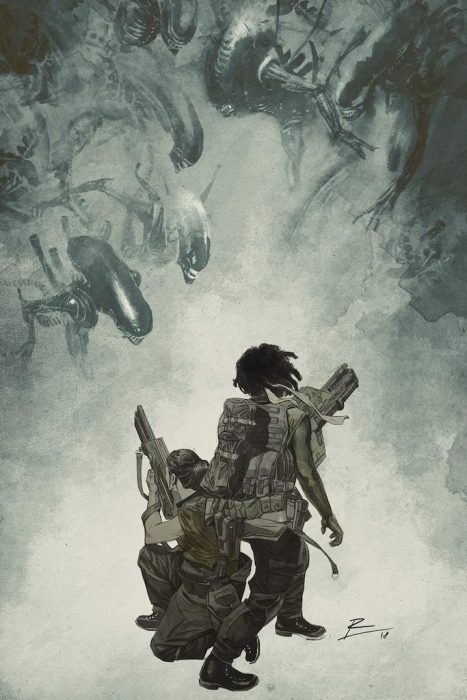 If you haven’t already, you check out the solicitations for the second and third issue. The first issue was released yesterday is now available to purchase! What did you think of Amanda Ripley and Zula Hendricks’ return? Let us know below!